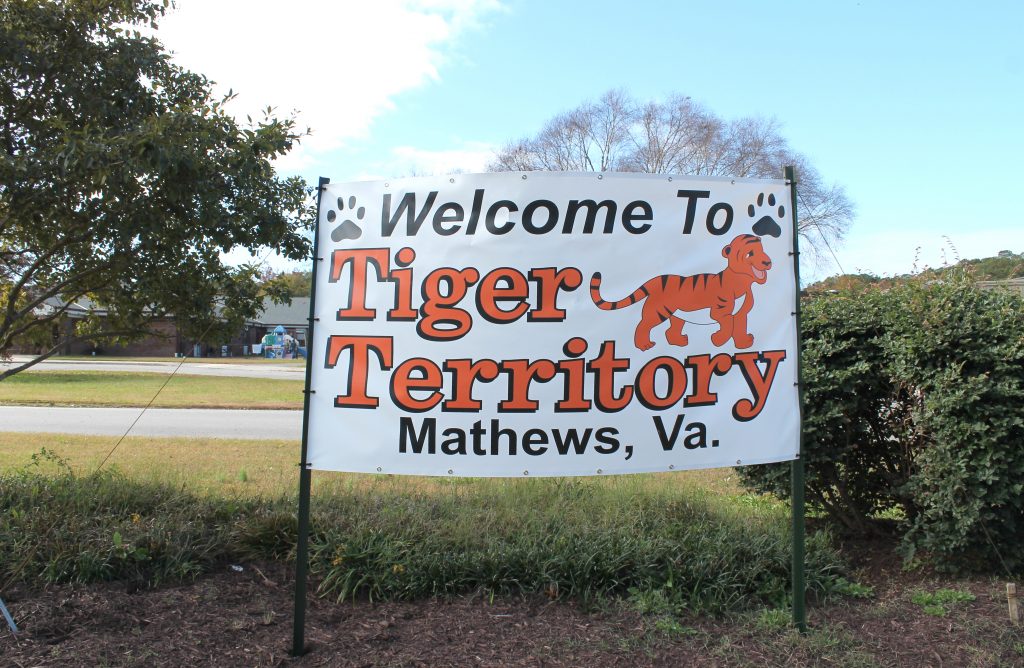 SHERRY HAMILTON / GAZETTE-JOURNAL The temporary “Welcome to Tiger Territory” sign replaced the stone Lee-Jackson Elementary School marker after the school board voted in August to remove that name. At present, there are two finalists under consideration for a new moniker—Watermen Elementary and Bay Haven Elementary.

Those are the two names currently under consideration for Mathews County’s elementary school, which had been called Lee-Jackson Elementary prior to Aug. 18, when the Mathews County School Board voted by a 4-0-1 margin to remove that name.

Also, a community survey was conducted, both online and through paper submissions, with 294 responses received. The top name choice, according to the survey, was Mathews Elementary, with 182 people supporting that choice.

Only eight suggested a name with a Bay theme (Mobjack Bay, Bayside, Bayview, etc.). A glance of the 238 responses that came from count...