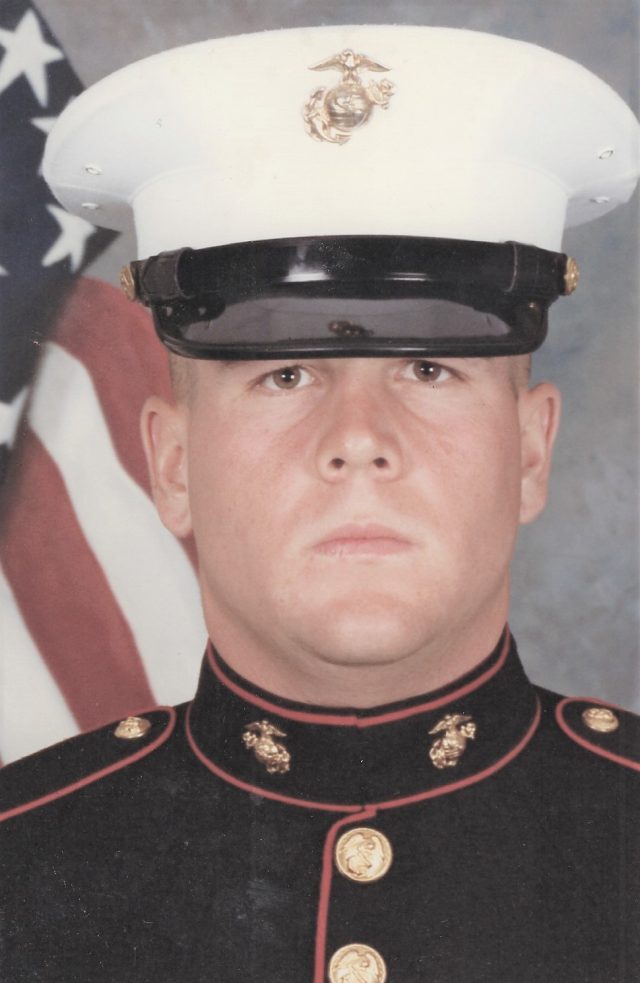 Robert “Bobby” Lee James III, a lifetime resident of Gloucester County, passed away peacefully on April 7, 2022. He was 55. Bobby graduated from Gloucester High School in 1984 where he played football and developed many lifelong friendships. In 1988, Bobby felt the calling to serve his country and enlisted in the United States Marine Corps. A devout Marine, he proudly served his country in the First Gulf War (Operation Desert Storm). Bobby’s tour of duty was in Saudi Arabia and Kuwait where he was deployed for 6 months from 1990 to 1991. Bobby eventually left the armed forces with an honorable discharge so he could continue his education at Old Dominion University. At ODU he received a Bachelor of Science in Civil Engineering which led him to a career as a civil engineering contractor for the Naval Weapons Station and Fort Eustis in Yorktown, Virginia, until he retired in 2019. Bobby was a lover of dogs; he loved his friends dearly and he was incredibly loyal. If you needed help, he would be the first to respond. He was a devoted Christian and a lifelong member of Abingdon Episcopal Church.

Bobby is preceded in death by his mother Mary Ann Scott James, and his father Robert Lee James Jr. He is survived by his three siblings, Scott and Susan James of Yorktown, Clayton and Ginger James of Gloucester, and Elizabeth and Greg Longest of Midlothian, Va. Bobby was also an extremely proud uncle to his two nieces Kathyrn James and Caroline Longest, and two nephews, Christopher James and Blake Longest. He will be greatly missed by all who knew him. A graveside service conducted by Reverend Sven L. vanBaars will be held at 11 a.m. on Thursday, April 14, 2022, at Abingdon Episcopal Church Cemetery with military honors. In memory of Bobby and his love for canines, contributions may be made to Critters 4 U Animal Rescue, 6699 Fox Centre Parkway, Box 415, Gloucester, Va. 23061.

“Godspeed, Bobby, may you have fair winds and following seas, my dear departed brother; until we meet again—Semper Fidelis!”