Gloucester NAACP maps out plans for the year 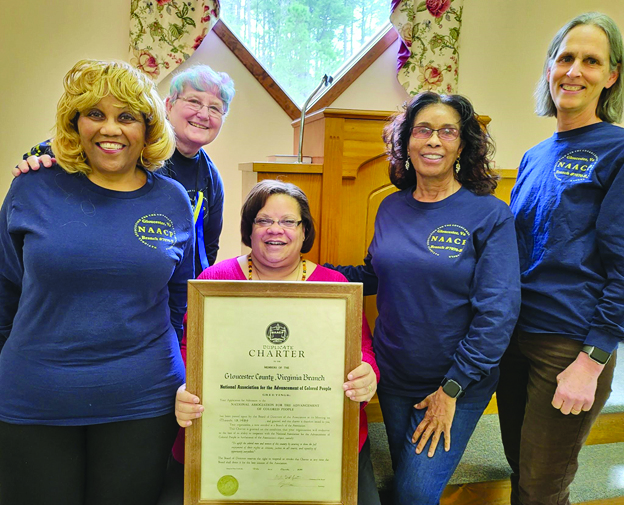 The Gloucester County Branch of the NAACP met recently for its first annual strategic planning session.

The unexpected resurfacing of its charter (a duplicate of the original) this past week revealed that the branch’s anniversary is this coming Sunday, March 13. The Gloucester branch was initially chartered by the national organization in 1939.

The work day was productive, with committee chairs laying out their missions and plans for the year. The branch’s next major public event will be a health fair on May 21 at Grace Covenant Presbyterian Church on Main Street, Gloucester. The local branch has sponsored seven COVID-19 vaccine events throughout the county over the past 18 months.

The founding branch president at the time the charter was signed was local funeral home director G. Nelson Carter Sr. Carter bailed local civil rights pioneer Irene Morgan out of jail after she was arrested in Middlesex County, giving rise to the legal end of segregation in interstate transportatio...