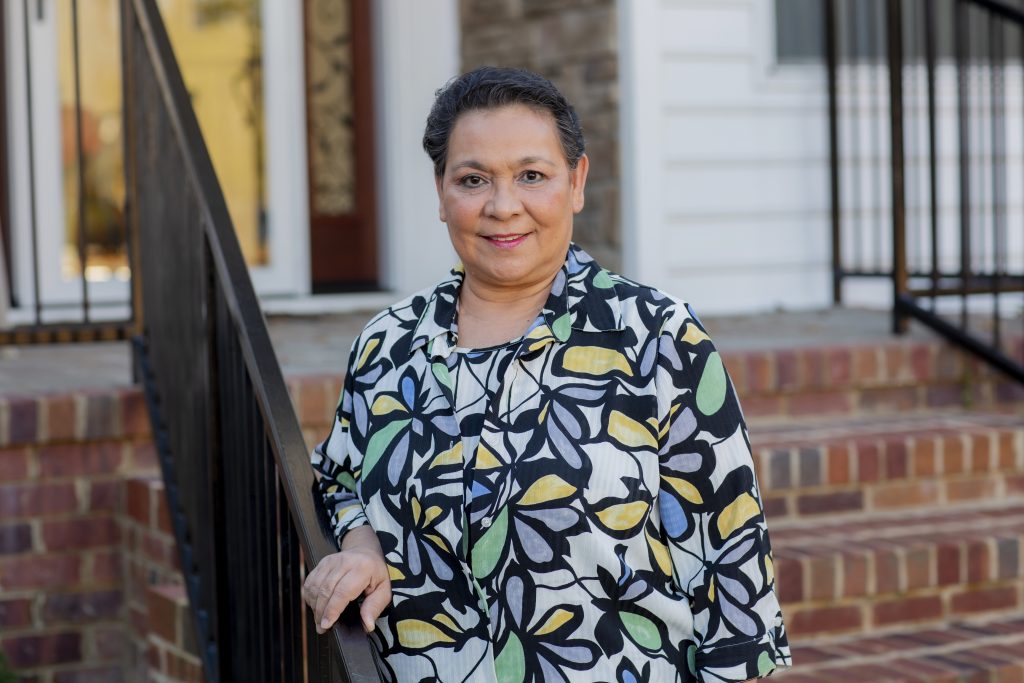 SARA HARRIS PHOTOGRAPHY Maria Galloway was diagnosed with breast cancer in September 2018. The best piece of advice she can give other cancer patients is to accept their diagnosis and look positively to the future.

In September 2018, Maria Galloway underwent a routine mammogram at Riverside Walter Reed Hospital in Gloucester. She was shocked when later tests revealed that she had breast cancer.

“It never ran in the family,” said Galloway.

The then 60-year-old went home and immediately threw away her carton of cigarettes and lighter after being a smoker for many years. She then started to read a lot about cancer.

“I became very aware of it,” she said.

Galloway was never scared to tell others that she had cancer. One time when she was shopping in Walmart after losing her hair, a 6-year-old girl wondered why she was bald. Galloway told her it was because she was sick and had cancer.

Acceptance is the best piece of advice Galloway can give to other breast cancer patients. She said that it is already a painful journey but not accepting it makes it even harder.

“Don’t carry that burden,” she said.

People had a hard time telling that Galloway had cancer, even though she lost her ha...