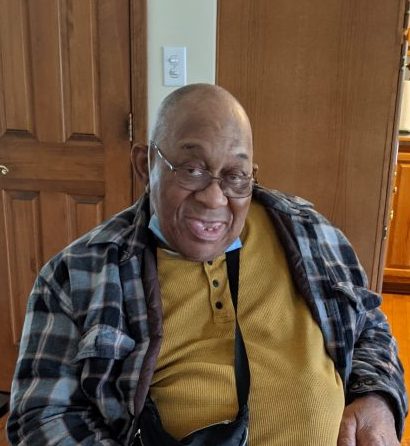 Through the years until his retirement, he worked as a self-employed lumberjack with his father and brothers. “Junior” was a person full of life and laughter at all times, communicating with everyone and anyone.

He is survived by his wife of 70 years, M. Inez Davis; his daughter, Tongie Davis-White (Darryl); his brother, Randolph Davis; his sister-in-law, Barbara Daniel; six nieces, five nephews, and his best friend, Troy Johnson. He was preceded in death by his son, Larry Davis, and his brother, William R. Davis Sr.

A viewing will be held from 10 a.m.-noon on Saturday, April 16, 2022, at Antioch Baptist Church, Susan, Va. A Celebration of Life service, conducted by Pastor Eric Robinson, will begin at noon. Interment will be in the church cemetery.

Masks are required and will be provided.