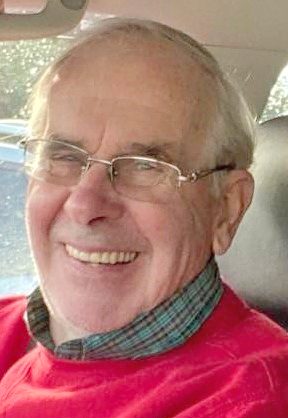 Charles Mitchell Given was born to the late Charles Donald Given and Annis Juanita Given in Sutton, West Virginia, on Nov. 12, 1947. He spent his early childhood in Little Birch, West Virginia, where he told stories of walking to his schoolhouse, through deep snow, to lighting the woodstove prior to arrival of fellow students and teacher, and of diving off the Sutton dam with friends in summer months.

Charles was drafted to Vietnam at the age of 18, where he served in the United States Army. During his time of service, he received a Purple Heart for injuries sustained during combat. After finishing his tour, he began his lengthy career with Harrison & Wright Construction Company in Norfolk, Va., where he developed lifelong friendships and met his first wife, Linda Payne. Tragically, Linda died young and he later went on to meet and marry the love of his life, Jean Given. During their 30+ years together they enjoyed making their home and raising their family in Gloucester, Va.

Charles never met a stranger and was always willing to stop for a while and shoot the breeze. He loved his family, loved working in the yard and on home improvement projects, and thoroughly enjoyed camping in the mountains and fishing in the Outer Banks with his family.

Charles spent the last four years of his life in Dunnsville, Va., where he died on March 19, 2022. He is survived by his children, Sheila Harvey, Carolyn Dries (Jeff), Cristy Payne (Alvin), Jared Given (Jenny) and Megan Pollack (Jason); siblings, Carol Stanley (Jimmy), Martha Cutlip (Carl), and Judy Adams and multiple grandchildren, great-grandchildren and nieces and nephews. Charles was preceded in death by his parents; his first wife Linda Payne; his second wife Jean Given, and his sister, Linda Cox. A private family celebration of life service is planned for a later date.