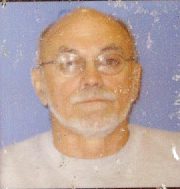 Arthur De Bernardo, age 77, of Tappahannock, died unexpectedly on Wednesday, March 30, 2022. Arthur was born on Oct. 18, 1944 in Youngstown, Ohio, to the late Samuel De Bernardo and Agnes Schafer De Bernardo. Arthur was drafted into the Army in Cleveland, Ohio, and was honorably discharged years later. Upon separation from the Army, Arthur got into the apprentice school and learned to become a structural ironworker for Local 207 in Youngstown, Ohio. Arthur was an avid Steelers fan and loved watching NASCAR. Arthur is survived by his wife, Saundra. A graveside service will be held at a later date in Arlington National Cemetery with military honors. In memory of Arthur, contributions may be made to a charity of your choice. Services under the direction of Hogg Funeral Home & Crematory.