By Melany Slaughter and Tyler Bass on August 5, 2020 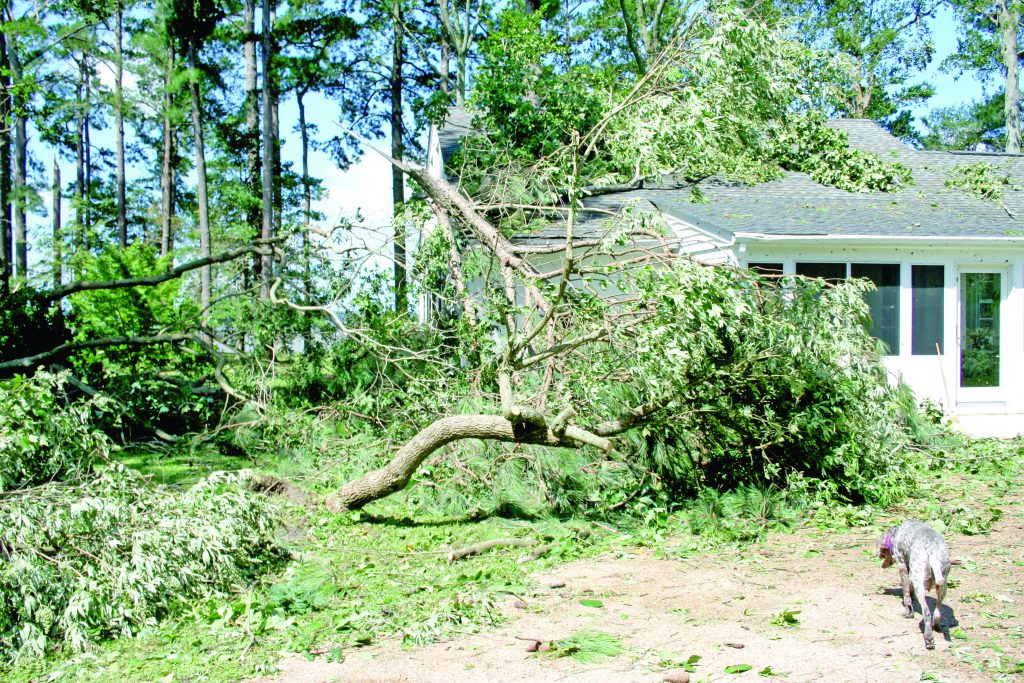 A suspected tornado touched down on Aberdeen Creek Road early Tuesday morning, brought on by the conditions of Tropical Storm Isaias. It caused the downing of many trees and power lines leading to the damaging of homes. Fortunately, no one was hurt when this tree fell. Photo by Tyler Bass.

Tropical Storm Isaias quickly passed through Gloucester and Mathews early Tuesday morning, but the counties did not come away from the storm unscathed.

According to the United States National Weather Service in Wakefield, the counties received two to four inches of rain during the storm. The storm also produced 53 mph winds, according to Deb Buchanan of Gwynn, a volunteer observer with the NWS, which resulted in significant wind damage in the region.

Mathews did not experience any tornadoes, according to Mathews Emergency Coordinator Willie Love. Love also said that there were about 5,500-5,600 residences in the county without power at the height of the storm. At 10 a.m. Wednesday, Dominion Energy was reporting 1,067 Mathews customers still without service.

In Gloucester, during the storm’s peak, more than 7,000 residences were without power, according to Gloucester’s Emergency Management Coordinator Brett Major. On Wednesday morning, that number had dropped to 2,300. Maj...