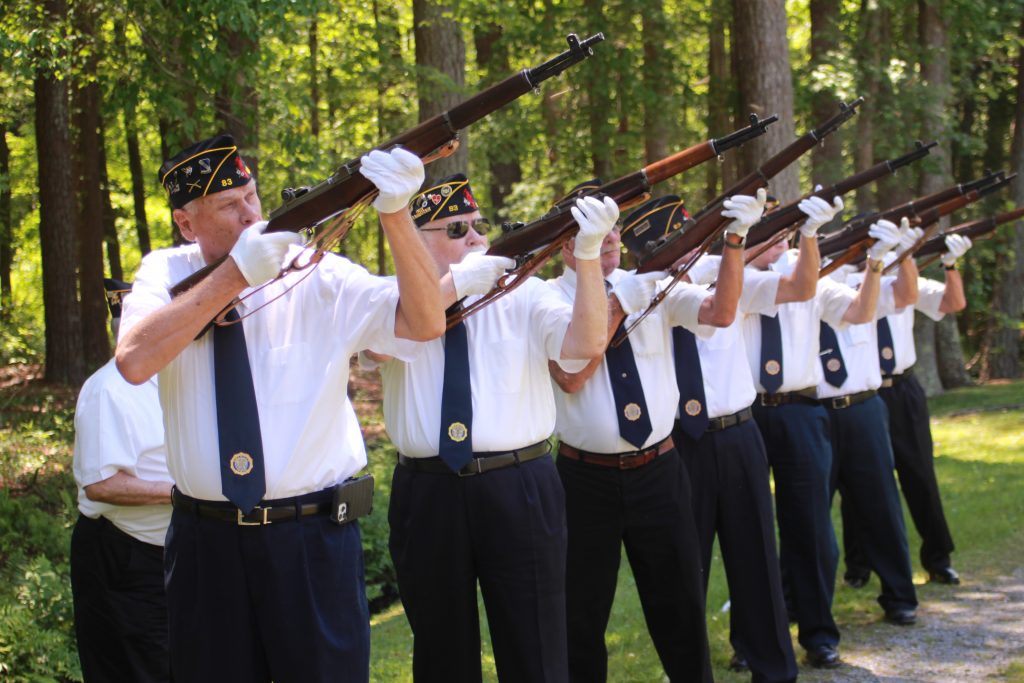 CHARLIE KOENIG / GAZETTE-JOURNAL American Legion posts in Gloucester and Mathews held their annual Memorial Day observances on Sunday. Above, members of the Post 83 Honor Guard fire a volley at the post headquarters in Hudgins.

American Legion posts in Mathews and Gloucester took time out on Sunday afternoon to honor America’s military and its war dead in Memorial Day weekend observances.

The first of the services was held at American Legion Post 83, Hudgins, with a bell ceremony to remember those post members who had died in the past year, or as they said at the program, “gone on to Post Everlasting.”

After the names were read, post commander Tim Roscher directed the Post 83 Honor Guard to fire a gun salute. The group then dispersed and gathered again at the Mathews Rotary Club’s Flags for Heroes display next to Moughons Hardware for another brief ceremony and gun salute.