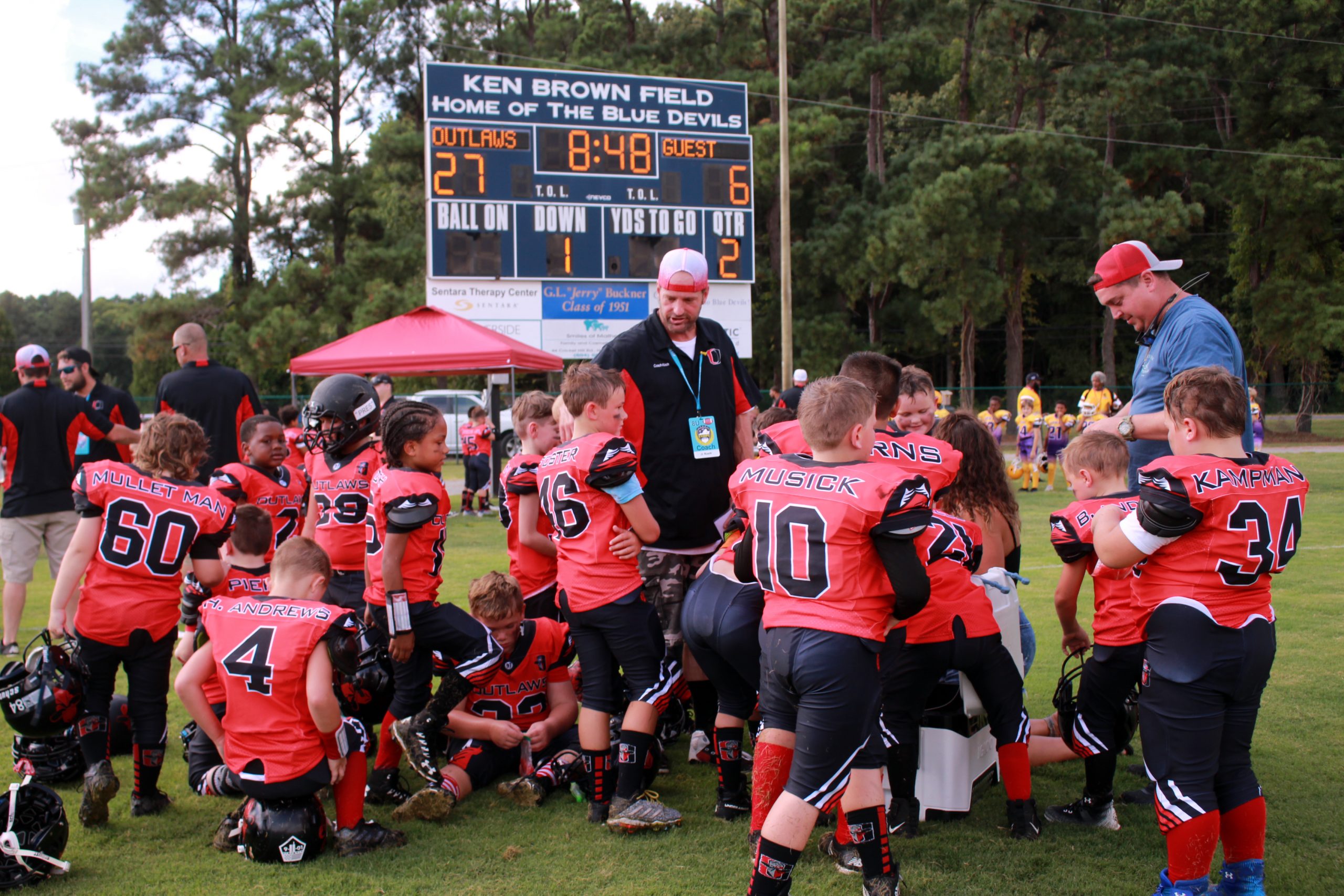 Although Mathews High School doesn’t have a football team of its own this year, crowds returned to Ken Brown Field for some football action on Saturday to root on the Gloucester Outlaws for a day of youth football action. Above, the U8 coaches give a halftime pep talk to the players.

The Gloucester Outlaws 10U and 8U teams beat the visiting Essex Trojans in youth football at Mathews High School over the weekend.

Quarterback J.J. Koch hands off the ball to Anthony Hodges (#22), who scored a touchdown on the first play of the third quarter to extend the U8 lead to 34-6 over Essex.

Ralston also threw a 43-yard pass to Ryian Ward for another touchdown. Tyxaiah Braxton had a 22-yard carry and scored a touchdown with extra points. Harrison Santana rushed on two carries for 43 yards.