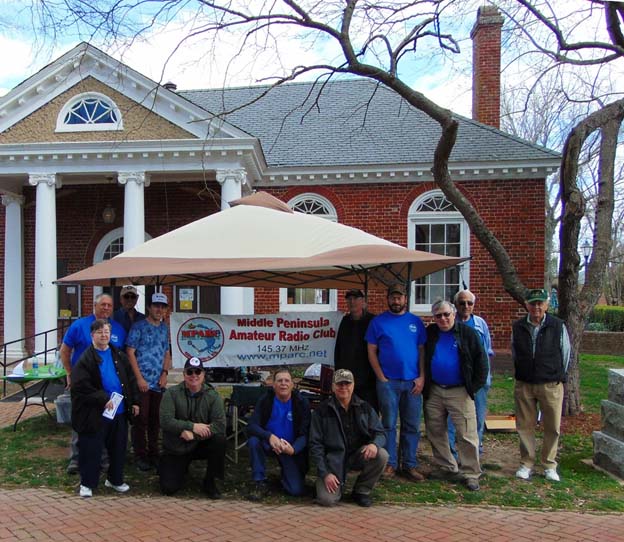 Members of the Middle Peninsula Amateur Radio Club reached out to their counterparts in Gloucester, England, on Sunday, using Morse code, voice and digital communication in a Gloucester Collaboration event held at the Gloucester court circle.

Club members set up a portable ham radio station to contact other Gloucester locations. After erecting an antenna and checking over the radio equipment, they proceeded to seek contacts through the airwaves.

Using three established forms of radio communication the club commenced in its mission. The club began by using Morse code, with experienced operators Danny Wright and Dean Marzocca transmitting at a speed of 20 words per minute. The operators were successful in making contacts with four ham radio operators and the amateur radio club in Gloucester in the United Kingdom.

They moved on to using voice communication. With a clear voice and a general call on the frequency, operators Kenny Skirvin and Mark Lowell, were quickly rewarded with...