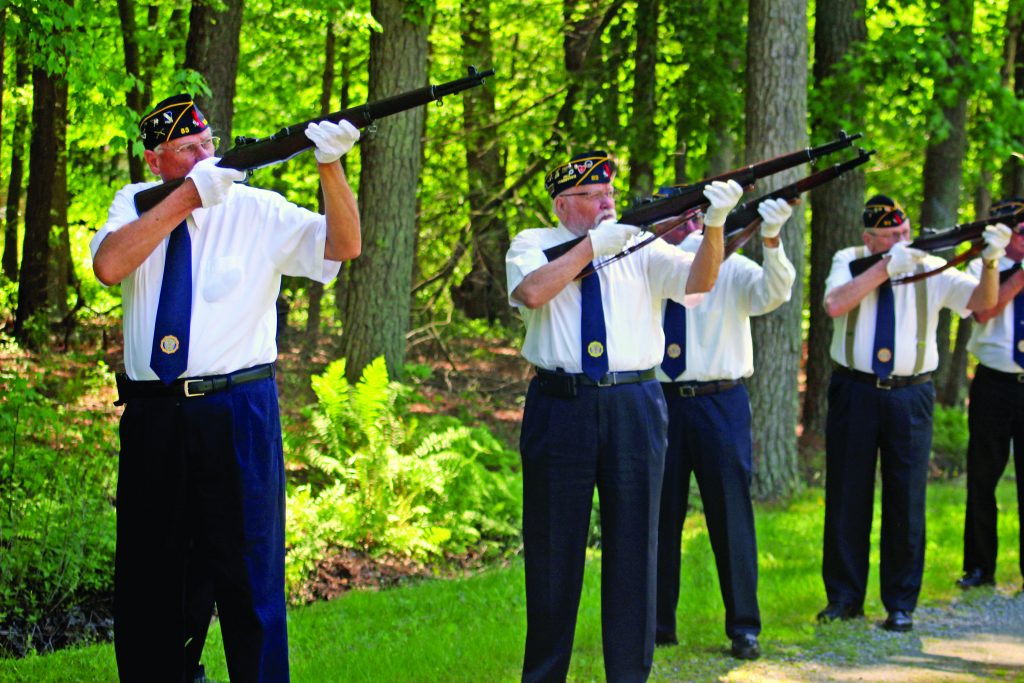 David Kyle presented a wreath at the Gloucester ceremony on behalf of the Abingdon Ruritan Club.

Memorial Day—noting the sacrifice of America’s men and women in the military—was not forgotten amid the COVID-19 pandemic, as brief ceremonies were held Monday afternoon by American Legion units in Gloucester and Mathews counties.

This year’s events, however, were not widely publicized for health safety reasons, with no keynote speakers (normally a featured part of both observances) at either program.

In Gloucester, representatives of various, civic and religious organizations, along with a few members of the Gloucester community, gathered at the wall, placing wreaths along the monument that includes the engraved names of Gloucester’s 226 war dead, spanning from the Revolutionary War to ...