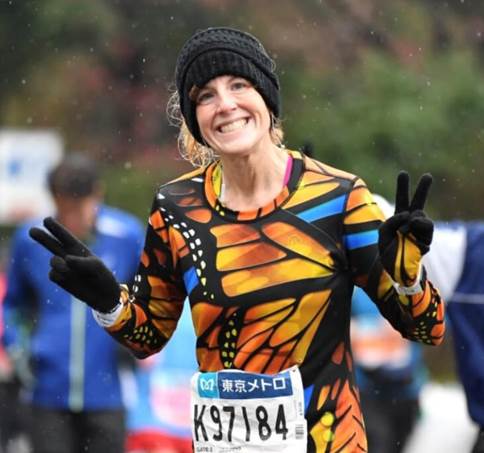 Tammy Stoops, a 2001 graduate of Mathews High School, is seeking to raise $7,500 in order to run for Cardinal Cushing Centers, a charity that helps people with intellectual disabilities, in the next Boston Marathon. She is shown here running in the Tokyo Marathon in 2019.

A dream of running the Boston Marathon for one Mathews native is about to come true, but she needs the help of her community to make it happen.

Tammy Stoops, a 2001 graduate of Mathews High School, began running as a way to lose weight in 2014, but that journey ultimately led to a passion for racing and reaching new goals. She ran her first 5K in 2015; her first half marathon in 2016, and her first full marathon in 2017.

After completing her first full marathon, Stoops decided to run at least one half marathon in each state and all major world marathons, as well as complete one full ironman race.

The next step of her journey is to run the Boston Marathon, which will next be h...