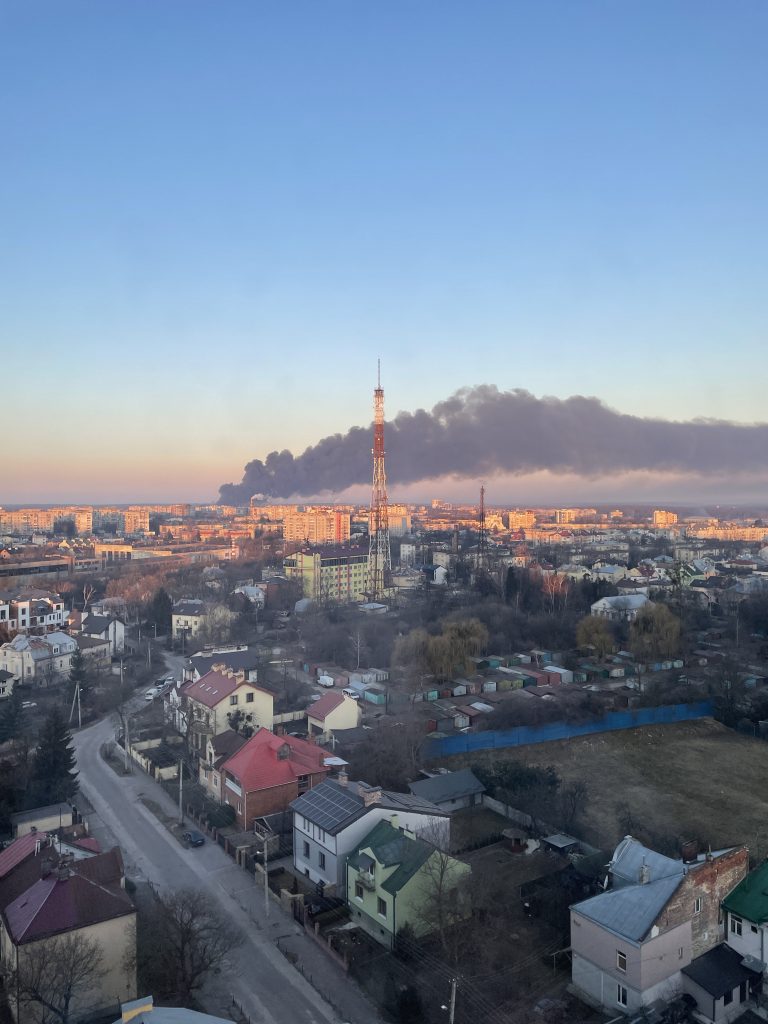 Taras Petriv was in his apartment on the 14th floor in Lviv, Ukraine, on March 18 when three Russian missiles struck the airport about two miles away. He snapped this photo as thick smoke billowed up from the strike. Eight missiles were launched at Lviv facilities by Russia that day, he said, but Ukraine’s anti-air defense system destroyed five of them.

Ukraine resident Taras Petriv, a cousin of Mathews residents Mike and Billy Sen-yk who shared information about how the war with Russia was affecting him, his family, and his countrymen in an article in the Gazette-Journal last month, said he’s “more or less fine” as his nation enters its sixth week of war.

He’s now living back in his apartment in Lviv, since his wife, their daughter, and his mother-in-law have moved to Germany for the time being. Shops and transport systems all close at 7 p.m. because of nightly curfews, he said, but added he has no reason to complain about such discomforts, since “we’re not on the battlefield.”

Petriv explained that Ukraine’s prime minister Volodymyr Zelenskyy is forecasting a 45 percent decrease in the county’s GDP because of the war, so everybody who can continue to work is working as much as possible to “produce some product, some service, as much as we can do.”