By Melany Slaughter on September 1, 2021 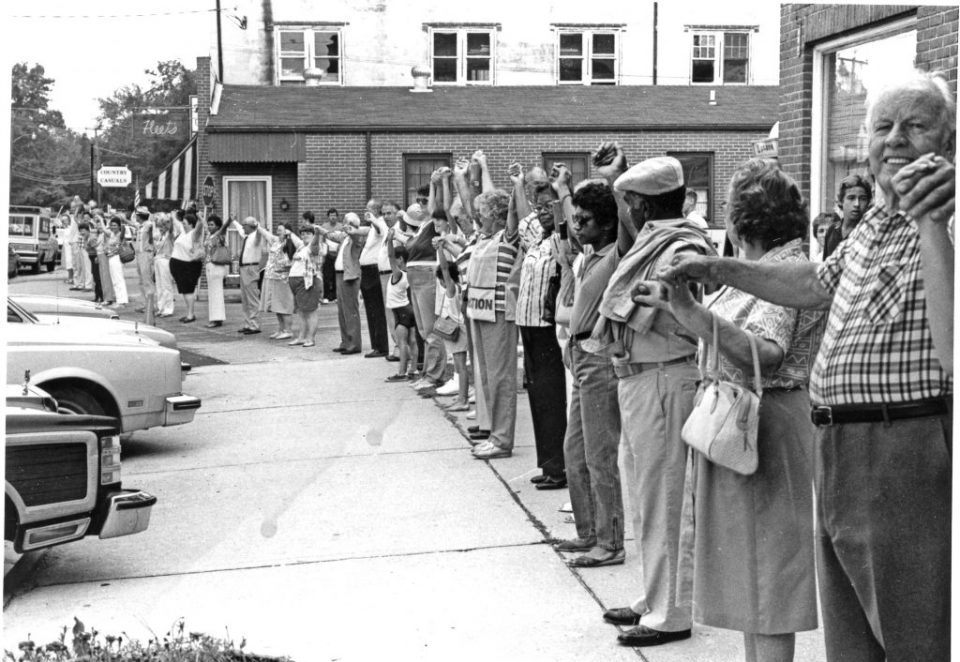 FILE PHOTO Hands Across Mathews, a community aid group which turns 35 this year, held its first public event during Mathews Market Days in 1986 while the group was still being organized. The first fund drive raised $3,000. Pictured above are supporters who joined hands at noon in honor of the organization’s efforts.

MELANY SLAUGHTER / GAZETTE-JOURNALRaymond Willis has been a full-time volunteer with Hands Across Mathews since 2005 when he retired from Dominion Energy in Yorktown after being a part-time volunteer for several years prior. Willis has held several terms as president and vice president over the years.

For the past 35 years, Hands Across Mathews has helped persons in the community meet basic housing, food and clothing needs.

The community aid group held its first public event during Mathews Market Days in 1986, even though Hands Across Mathews was still being organized. The first fund drive raised $3,000.

According to Raymond Willis, who has served several terms as president and vice president of Hands Across Mathews over the years, the organization started with a handful of churches, including his church, Emmaus Baptist in North.

“We did a lot of good helping people,” said Willis.

While Willis was working full-time with Dominion Energy in Yorktown he was a part-time vol...