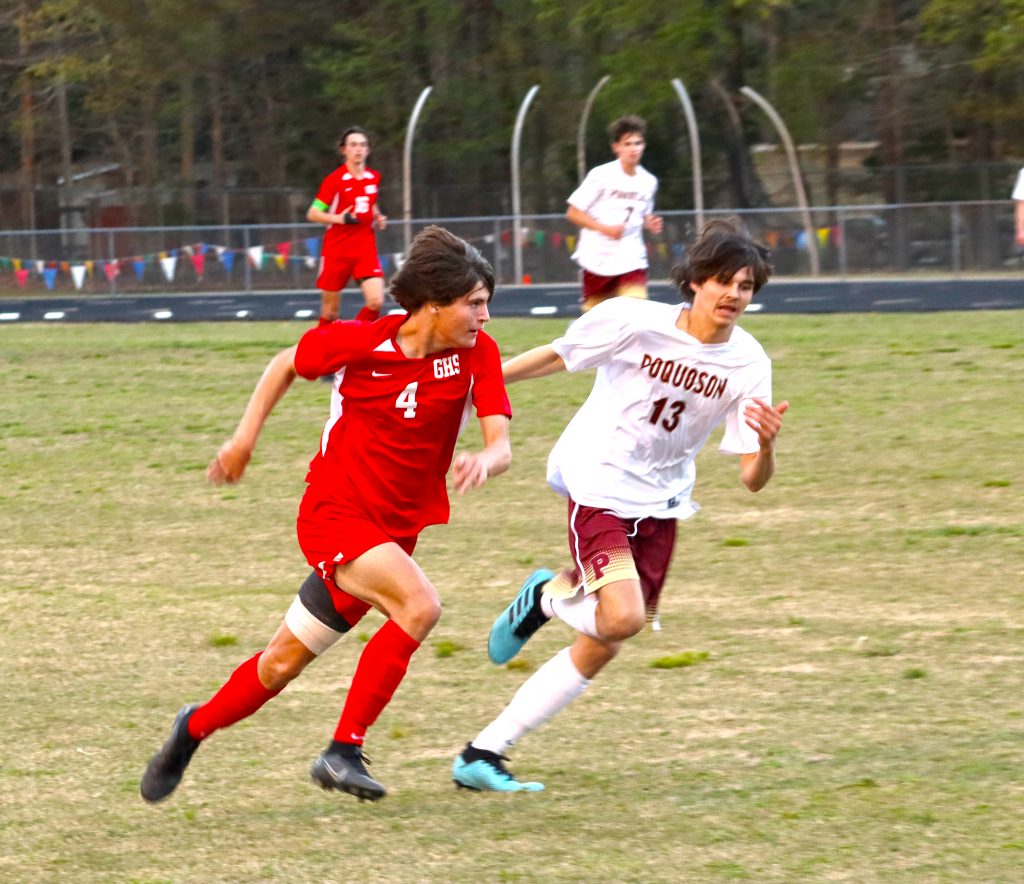 Kohlby Wilson led the offense on Thursday scoring twice for the Dukes in the varsity team’s 3-0 win over Poquoson.

The Gloucester Dukes soccer team faced off against Poquoson High School last Thursday. Both the varsity and JV boys’ teams were home, while the girls hit the road.

The varsity boys’ shut out the Bull Islanders, winning 3-0. Two of the night’s goals came from Kohlby Wilson, with the other made by A.J. Goller. Nick Lebel and Dylan Heron each had an assist.

The JV boys tied the visitors from Poquoson, 1-1, thanks to a late score by Gavin Blanks.

The girls’ varsity team took down the Bull Islanders, 2-0. Both scores were made by Hanna Heaton. Goal keeper Bailey Wilson had six saves in the win.