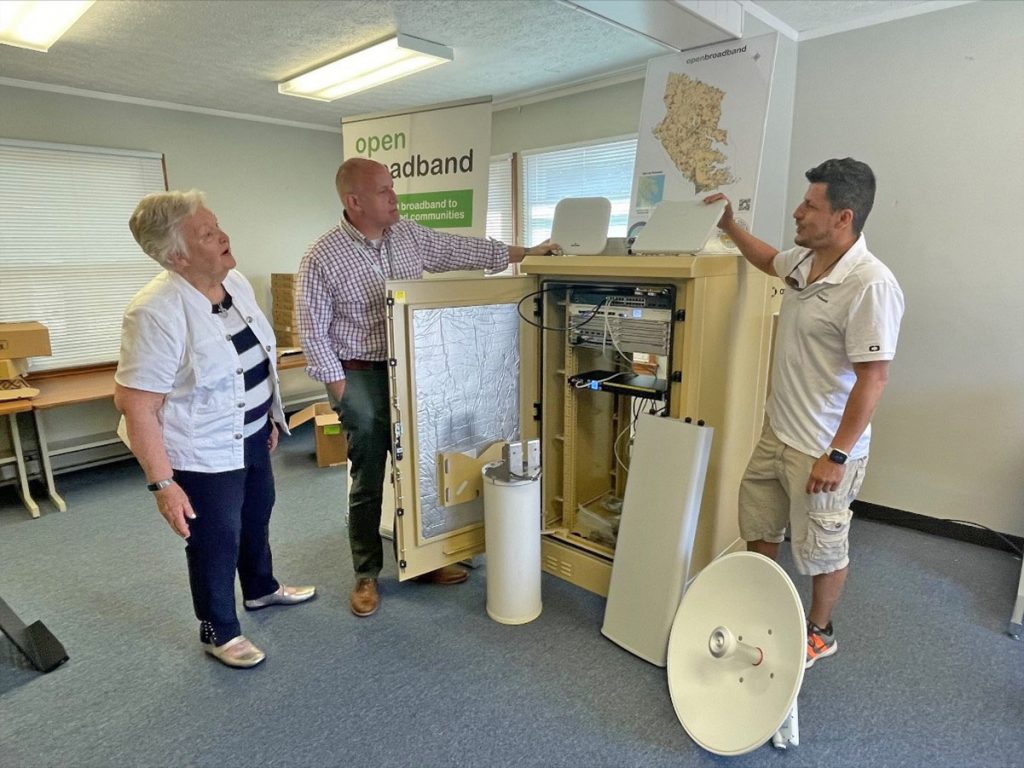 Judy Rowe, chair of the Mathews Broadband Advisory Board; Eric Beach, Gloucester’s Director of Information Technology, and Noah Davila, Open Broadband Area Manager, from left, discuss the different pieces of broadband equipment. The residential antennas that will be affixed to a home are as small as 11’’x11’’, shown at the top left by Beach.

Despite international and national supply chain issues, fixed wireless broadband equipment is arriving, and the network buildout is underway.

Open Broadband is working on the first phase of the local project in both Mathews and Gloucester counties, outfitting towers with antennas, receivers, and other new technology to help meet distance and speed goals for the internet service.

Much of the legwork of this project is being completed by the Gloucester and Mathews VATI (Virginia Telecommunication Initiative) committees, which work in concert to expand broadband in underserved areas, fulfilling all requirements of VATI grant funding. Both localities are working towards ubiquitous broadband access throughout their counties, according to a release from the Gloucester Department of Community Engagement and Public Information.

The VATI committee is made up of stakeholders, county leadership and IT professionals, both inside and outside the two counties, who have helped to guide the ...