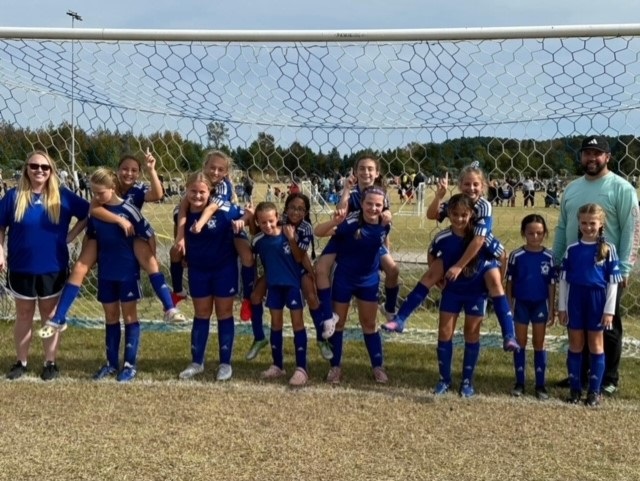 The Baystars 11U Terrapins soccer team beat two Chesapeake United Soccer Club teams, the Tigers and the Dragons, over the weekend, without giving up any goals.

Leading the Terrapins against the Tigers during Saturday’s match was Shaelyn Slusher with four goals, followed by three goals from Skyler Collins, two goals by Berlin Boykin and Brynn Baker with one goal. The defense was led by Ali Morelli, who had four assists during the game, and Hadli Sellers. The girls beat the Tigers, 10-0.

The Terrapins continued their win streak by shutting out the Dragons on Sunday, 7-0. Boykin scored three goals, followed by Slusher with two, and Morelli and Baker with one goal apiece.

Goalie Layla Vance had a successful weekend blocking shots by the other teams.

In other Baystars soccer news, the U12 Oypreys defeatedthe Columbus Soccer Club Vipers, 2-1. Bryce Carter and Jackson Scalf both scored a goal. The Ospreys beat CSC Vipers earlier this season, 4-3.
...