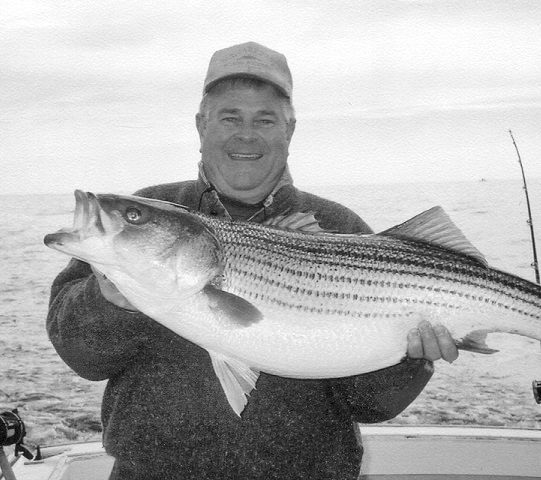 Lifelong Gloucester resident Andrew James Jr., 77, passed away peacefully on April 23, 2020 at his home on the Ware River surrounded by his loving family.

Andy was born on Dec. 6, 1942 to the late Andrew James Sr. and Josephine Brown James. He is survived by his soulmate and wife of 52 years, Roberta; son, Jeff and his wife Jennifer; daughter, Haley and her husband Chris; son Josh; sister, Brownie Bartley and her husband Ted, and five grandchildren whom he adored, Emili, Ashlen, Charlie, Ella, and Brady.

Andy was a member of the Gloucester High School Class of 1961. He was voted “Best All Around” and enjoyed monthly dinners with his classmates throughout his adult life. Andy furthered his education at Randolph-Macon and Louisburg colleges. He was the President of J.C. Brown Oil Company for over 40 years.

Andy devoted his life to serving his community. He was Chief of the Gloucester Volunteer Fire and Rescue Squad for 28 years. He will always be remembered as “Chief One” and a role model for many younger firefighters and EMTs. He was a lifelong member of Singleton United Methodist Church and was active in the United Methodist Men’s Club, where he could often be found planning the next fish fry. Andy served in the Coast Guard Reserve, and coached and officiated at Gloucester Youth Baseball for many years. He was a board member of SunTrust Bank for over 20 years, and was recently named a Paul Harris Fellow by the Gloucester Rotary Club. Andy was proud to represent the Ware district on the Board of Supervisors for eight years. He loved Gloucester County and believed that it was “the land of the life worth living.”

Andy’s love of the outdoors was evident as he enjoyed a lifetime of fishing, hunting, and clamming. He operated Big Daddy Charters out of Mathews and Rudee Inlet, and was a past member of the Top Knot Hunt Club. He also enjoyed golf and weekly Tuesday breakfast with his buddies.

Andy’s greatest joys were the love of his life, Roberta, and his family. He loved big family meals, being “Big Daddy” to his grandchildren, and was a fixture at Gloucester High School football, baseball, and field hockey games. Andy was a mentor to many and a friend to all.

The family would like to thank Dr. Ronald Haggerty and his staff for their care and compassion.

Graveside services were private. Due to the COVID 19 virus pandemic, a memorial service will be held at a later date.
Andrews Funeral Home & Crematory is in charge of arrangements.