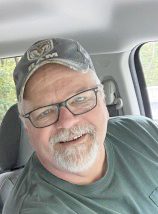 Allen “Al” Wayne LaRoche, 59, of Hayes, Va., passed away, on Saturday, Feb. 5, 2022, after suffering a cardiac arrest. He was surrounded by his “girls” (Deana, Kristen and Bethany) at Riverside Walter Reed ICU. Born in New London, Conn., into a proud U.S. Navy family, his father settled them in Belleview, Fla., following his own retirement. Just months after graduating high school, Allen followed in the footsteps of his father and older brother by joining the military (U.S. Air Force) where he served proudly for more than 20 years. He retired from active duty out of Langley AFB, Hampton, Va., on Jan. 1, 2001. He then began his second career, as a civilian for the USAF, with retirement number two scheduled for July 31, 2022. This would give him more than 40 years of service to the United States military. Allen and Deana moved to Gloucester in 2006, where Allen became a member of Abingdon Ruritan Club. He was a loving husband, son, father, brother, grandfather (aka “Pop”), and loyal friend who enjoyed helping others any way he could. Often, on a Saturday, you’d find him collecting aluminum cans for The Giving Garden can cottages. The organization was dear to his heart—he was one of the founding members. Parents, Frank LaRoche Jr. and Jean LaRoche, preceded him in death. Survivors include his high school sweetheart and wife of 40 years, Deana (Miles); daughters, Kristen (Cory) Hirsch, Bethany (Matthew) Foster; one precious grandson, Maverick Allen Hirsch; two brothers, Frank LaRoche III (Lisa) and Steve LaRoche, and many nieces, nephews and cousins. A private memorial service will be held in the Spring. Memorial contributions may be made to The Giving Garden Foundation, P.O. Box 1421, Hayes, Va. 23072. The family would like to thank the Riverside Walter Reed nursing staff, and doctors for the kindness, compassion, and love shown to Allen and the family.