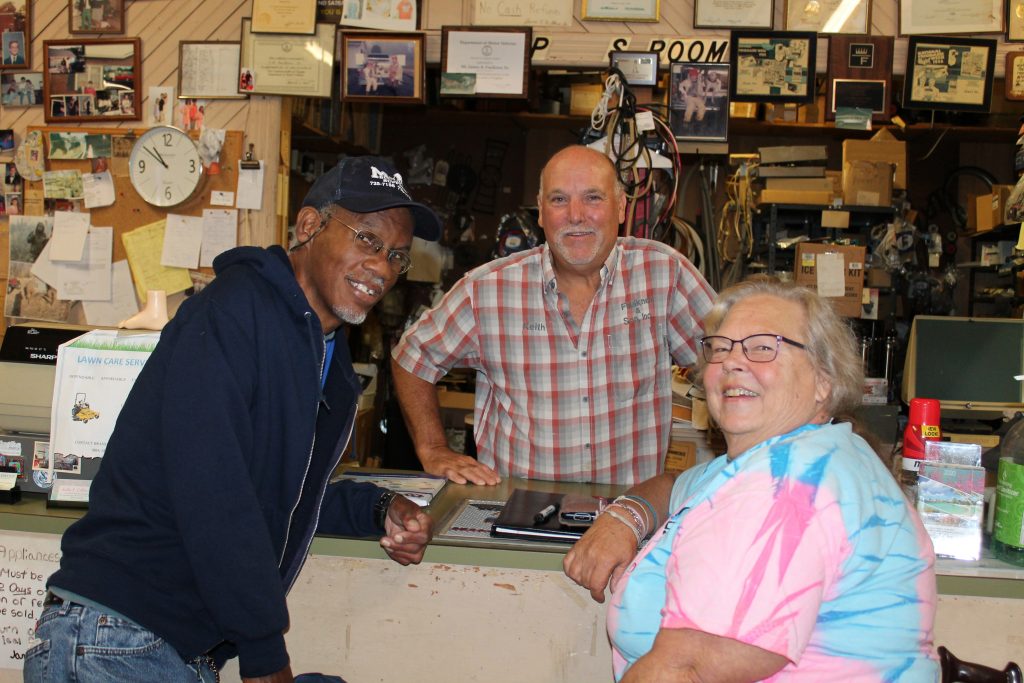 SHERRY HAMILTON / GAZETTE-JOURNAL Daniel Hudgins, left, of Mathews lost his primary means of transportation when his three-wheeled cycle was destroyed in an accident last week. But Mathews resident Susan Morgan, right, launched a fundraiser for a new trike, and community members stepped up bigtime, providing enough money for a trike with an electric motor. Hudgins’s longtime friend Keith Faulkner, center, owner of Faulkner and Sons, helped decide which cycle would be the best match for Hudgins.

The Mathews community stepped up to help a well-loved resident this week after an accident left him without transportation.

Daniel Hudgins, 60, of Mathews was uninjured but his three-wheeled Schwinn cycle was destroyed when he was struck by the rear wheel of a trailer being pulled by a 2005 Chevrolet Silverado on Church Street on Friday morning.

Hudgins recalled that he was riding along at his normal speed and heard the trailer coming behind him. The next thing he knew, he was lying in the road, afraid to move. The driver of the truck realized he had struck something and stopped to assist.

The damaged trike following the accident.

According to a report from the Virginia State Police, the driver of the truck was charged with misdemeanor improper pass/overtake a bicyclist.

Keith Faulkner, Hudgins’s longtime friend, said, “Daniel is a lucky man. He didn’t break a bone. He had two angels looking out for him.”

But Hudgins’s trike, his primary means of transportation, was ...