Youngsters get a chance to ‘dig’ history at Fairfield 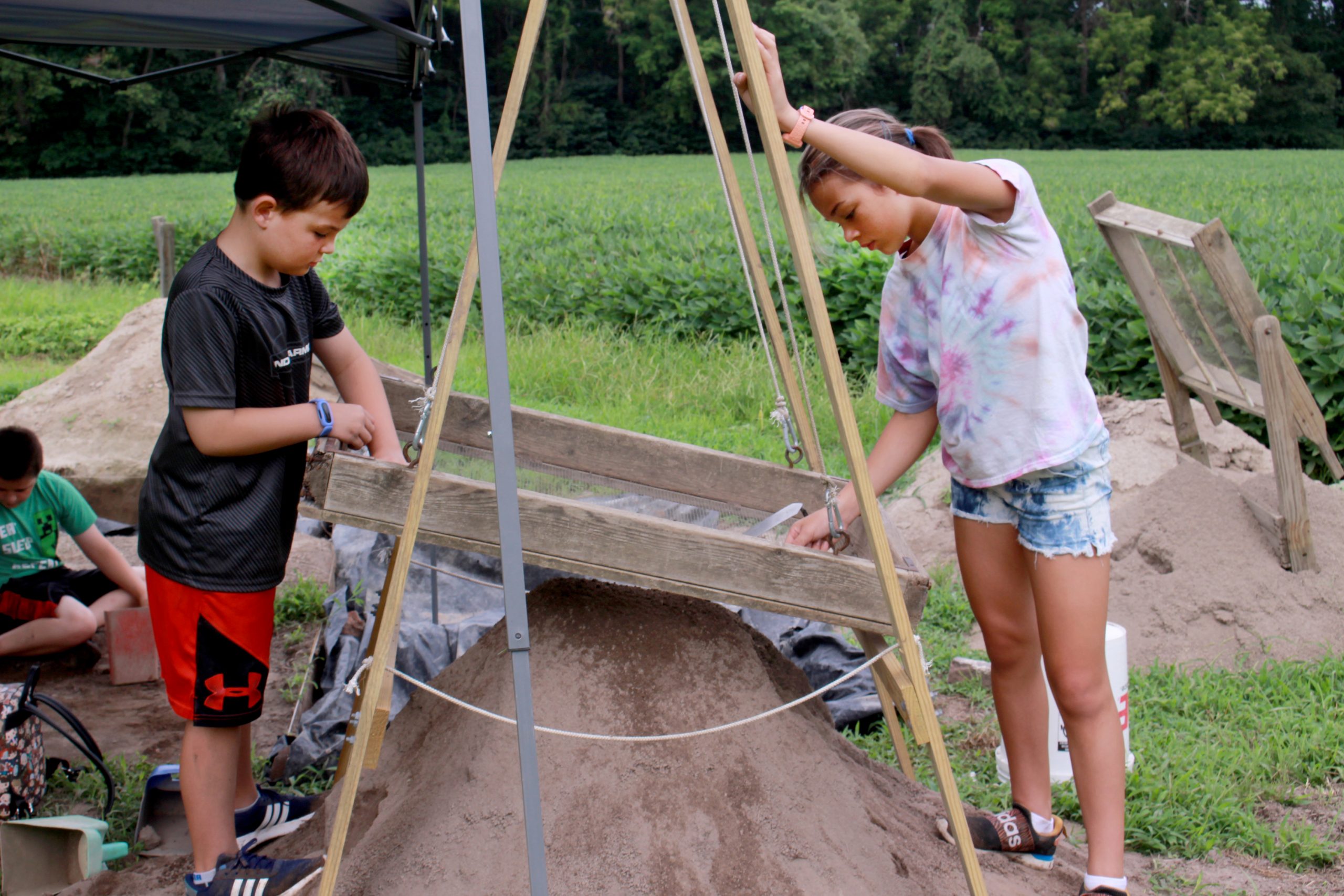 CHARLIE KOENIG / GAZETTE-JOURNAL Campers Tanner Rowe and Hayven Melendez, above from left, sift through one of two dig sites at the Fairfield Plantation site on Friday.

For some, it’s the thrill of finding a tangible piece of the past that they can hold in their hands.

For others, it’s a chance to play in the dirt with their friends.

On Friday, the budding archaeologists recently finished the third of three summer day camps offered by the Fairfield Foundation, the first time that the camps were held at the organization’s namesake site—Fairfield Plantation.

Located on the banks of Carter Creek in Gloucester, Fairfield Plantation is the ancestral home of the Burwell family. Patented by Lewis Burwell I, Fairfield would be home to six generations of Burwells (1642-1787) and three generations of the Thrustons (1787-1853), a prominent merchant-planter family from Gloucester Point and Yorktown.

By the 1840s, the property was home to a series of tenants, including African Americans, who farmed the land until the house was destroyed by fire in 1897. Today, it is a significant archaeological site, where the Fairfield Foundation is focused on unders...