Wyatt steps down after nearly 17 years with Bay Transit 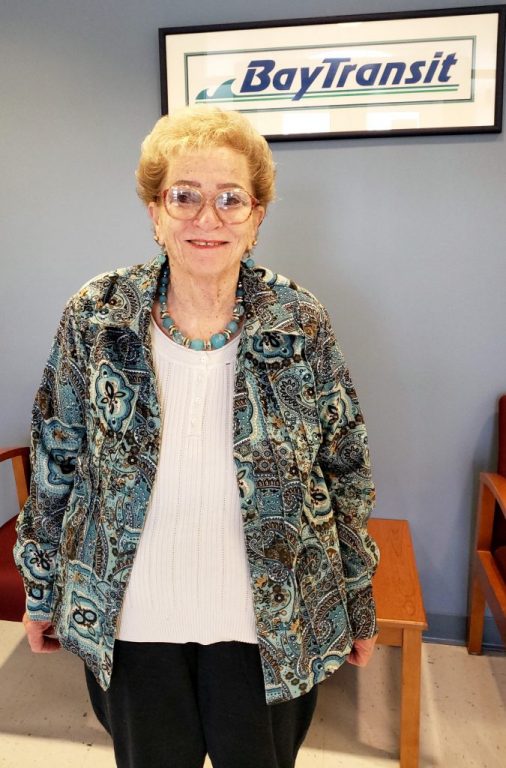 Jane Wyatt started working for Bay Transit, the public transportation division of Bay Aging, in 2004. She is now retiring after 17 years.

Bay Transit, the public transportation division of Bay Aging, has been in operation across the Northern Neck and Middle Peninsula for almost 25 years.

Jane Wyatt, who started working for Bay Transit in July 2004, remembers those early days well. “My daughter came home from church saying she’d heard Bay Transit needed an employee in Tappahannock, but they had to be at work at 5 a.m.,” Wyatt recalled.

Wyatt came out of retirement and joined the fledgling transit system as a dispatcher. Now, after nearly 17 years with Bay Transit, she is retiring once again.

“There were two of us working as dispatchers and Pat Sanders (now Bay Transit’s Operations Manager) was our supervisor,” she said as she recalled the early days. “We wor...