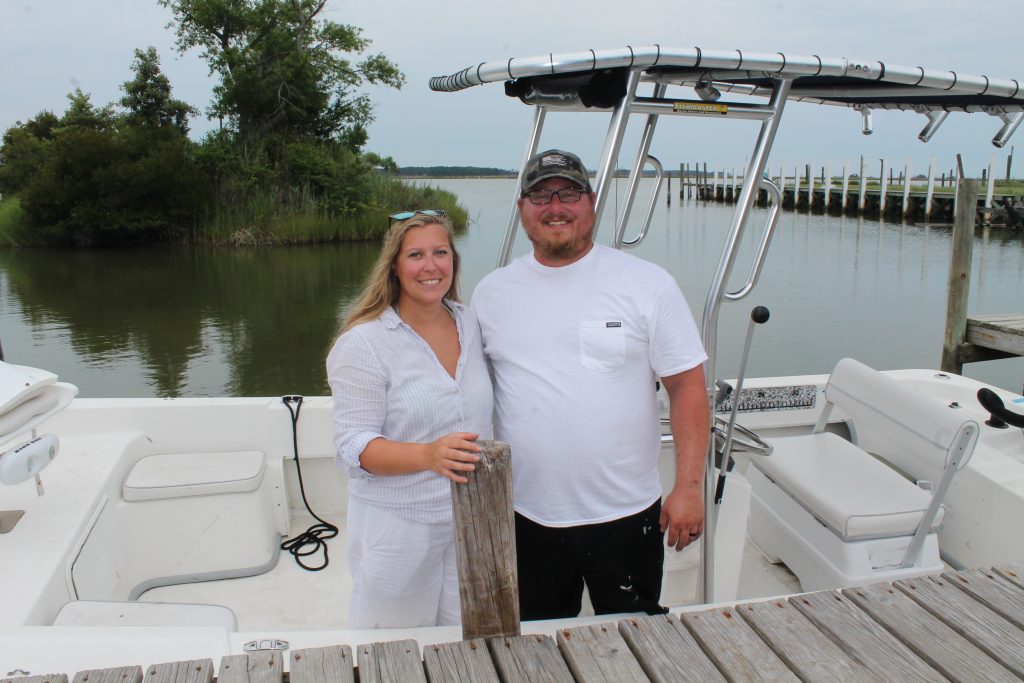 SHERRY HAMILTON / GAZETTE-JOURNAL Brooke and Ryan Collins are owners of Winter Harbor Haven, a small marina located in the Peary area of Mathews on Winter Harbor. They’re hoping federal or state government will provide funding for a dredge project that’s essential to restoring the harbor’s access to the Chesapeake Bay.

Winter Harbor in Mathews, with its close access to the Chesapeake Bay, has traditionally been a popular spot for watermen to dock their boats, for anglers to spend a weekend for deep or shallow water fishing, and for snow birds traveling up and down the bay to head into during a squall.

Harbor access however is now closed. The federal channel, increasingly prone to shifting and closing in because of sand moving from beaches to the north, is completely blocked.

A sand bar with a three- to four-foot high dune spreads across the channel, and a mud flat on the harbor side of the dune keeps boats from getting closer to the dune than 50 feet or so. The U.S. Army Corps of Engineers has a plan to open it back up, but that will depend on funding.

“We knew the last time it was dredged it’d fill back up,” said lifelong Winter Harbor resident and waterman Kevin Godsey, “but we didn’t think it would close. In the past, even when it filled, you could still get out in a skiff.”