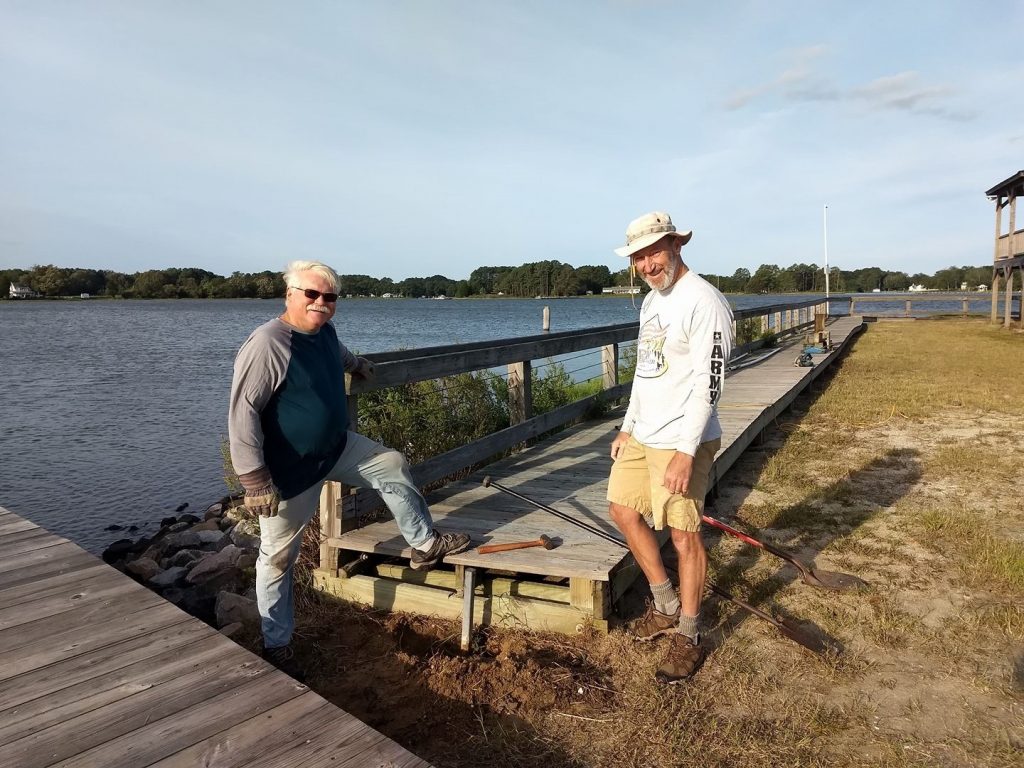 Events traditionally held at Williams Wharf such as the Tour de Chesapeake, Party at the Wharf, and the Rotary Club Oyster Roast were canceled this year because of the pandemic, but that doesn’t mean the waterfront facilities haven’t been used.

According to a press release from Bernadette La Casse, board member of the Mathews Land Conservancy, which owns the wharf, usage has instead “taken a new twist.”

Local clubs and organizations, from yoga groups to homemakers to quilters and more, she said, “have discovered the open spaces and covered pavilion at the landing as a perfect spot for hosting outdoor, socially distanced meetings.”

Over the summer, the Virginia Tidewater Trailrunners hosted a series of micro-triathlons at the site, the Williams Wharf Open Water Swim Club held swim sessions in the East River, and the Tidewater Oyster Gardeners Association hosted one of its information meetings there, even erecting permanent educational signage about the importance of waterway h...