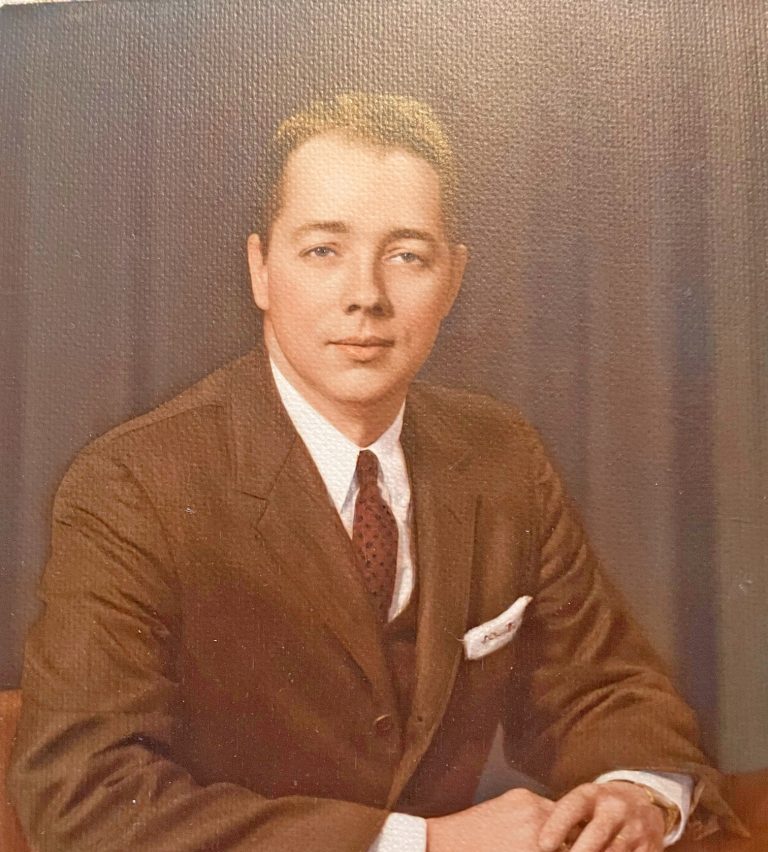 William Thomas (Tommy) Eley, age 86, of Cedar Grove, Mathews, Virginia, passed away peacefully in his sleep on March 17, 2022 after battling a long illness.

Tommy was born in Richmond, Virginia, and spent most of his childhood in Alexandria, Virginia. At 10 years of age, he ran his own newspaper delivery business. In 1953, he graduated from George Washington High School, Alexandria, and was elected vice president of his senior class. He played saxophone in the marching band. Tommy was also one of the founding musicians after auditioning for the first-ever Washington Redskins Football Club Band where he played in the band at every home game during his high school years. Tommy achieved his Bachelor of Science in physics from the College of William and Mary, Williamsburg, Virginia, in 1957. He played in the William and Mary marching band and also helped to pay his way through college by performing with his own band, called The Tomahawks, at local dances, clubs, and fraternity gatherings. He also served as a resident coordinator and picked up lunch trays to pay for his college room and board. Tommy was a proud member of the Kappa Alpha fraternity and continued to support it throughout his lifetime. Tommy married his high school sweetheart and best friend of 63 years, Susan Briggs Eley, in 1960. After college graduation, Tommy was recruited by IBM as a technical sales consultant and worked his way up to VP of Sales. During his tenure, Tommy was the General Manager for the Cape Canaveral IBM office and led the teams supporting the technology enabling the NASA Apollo space launches. Tommy earned his private pilot’s license during this time. In 1979, Tommy continued his career with Control Data Corporation (CDC) when his IBM division was acquired. He was promoted to Vice President of National Sales with CDC. In 1984, he accepted an international role with Paradyne Corporation, as the General Manager and President for the Europe, Middle East and Africa division.

Tommy and his wife lived in London for five years where they and family members enjoyed many opportunities to travel throughout Europe and Asia. Tommy returned to Mathews in 1989 and founded his own global executive recruiting and consulting firm, ExecuServe. He successfully introduced innovative human resources software solutions with remote video interviewing still being used today. Tommy retired at 73 to Cedar Grove. No matter where he went in the world, he always came home to Mathews, the place he loved most. He loved spending time fishing off his dock, boating, and hosting get-togethers at Cedar Grove with family and friends.

Tommy is survived by his wife, Susan Briggs Eley; his sister and brother-in-law, Courtney and Tommy Somers; his son, Stephen Briggs Eley; his daughter, Robin Elizabeth Eley; his grandchildren, Isabelle Marie Rennockl and Alex Eley. He was preceded in death by his parents, Rosemary and Bill Eley, and his sister-in-law, Beatrice Cherryman.
A memorial service will be held at Central Methodist Church, Mathews, on Saturday, April 9, at 1:30 p.m.