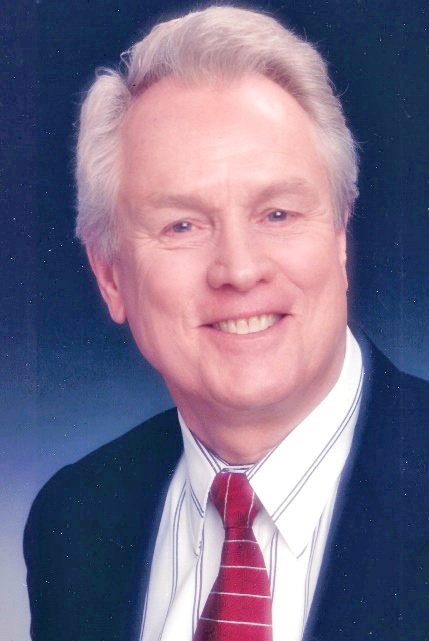 William R. Phillips Jr., “Pat,” of Gloucester Point, the former President of Newport News Shipbuilding, died at Riverside Regional Medical Center on Wednesday, Sept. 23, 2020. He was born Feb. 23, 1931 in West Point, Virginia, to the late W.R. Phillips Sr. and Marjorie Treat Phillips. Pat served in the Army during 1955 and 1956, graduated from Virginia Polytechnic Institute in 1960 with a Bachelor of Science degree in Mechanical Engineering, and completed the Harvard Advanced Management Program.

In 1949, he joined Newport News Shipbuilding as an Apprentice Machinist, and a member of the Apprentice Football Team. Pat held various supervisory positions before being named Superintendent of the Machine Shops Toolmaking and Tool Rooms Departments in 1964. He became General Superintendent of the Machine Shops division in 1966; Manager of Nuclear construction the following year; Director of Waterfront Operations–Non-Nuclear in 1972; Vice President, Yard Operations in 1975 and Vice President, Marketing in 1979. July 1, 1984, Pat became Vice President, Engineering. On Jan. 1, 1987, Mr. Phillips was promoted to Executive Vice President and appointed President, Chief Executive Officer of Newport News Shipbuilding on Jan. 1, 1992; he was the only Apprentice School graduate who became CEO and President of Newport News Shipbuilding. A life member of the Navy League, past National President of the Society of Naval Architects and Marine Engineers; member of the American Society of Naval Engineers, the Naval Submarine League, the Surface Navy Association, and the Propeller Club of the United States; Past National Chairman of the Shipbuilding Council of America, former member of the NATO Industrial Advisory Board and Naval Studies Board; former director of the Welding Research Council; the Material Properties Council, American Defense Preparedness Association.

He is a former member of the Boards of Trustees of the National Security Industrial Association, the Southeastern Universities Research Associations, Inc., the Old Dominion University’s Educational Foundation, the Advisory Committee for the School of Engineering at the University of Virginia, the Board of Directors of Signet Bank-Peninsula, and a past President of the Engineers’ Club of the Virginia Peninsula. In 1986, Phillips was named “Peninsula Engineer of the Year” by the Peninsula Engineers Committee, which is composed of 19 technical societies representing all engineering disciplines. Mr. Phillips served on the Board of Visitors of Christopher Newport University and the Advisory Board of the Committee of 100 at Virginia Polytechnic Institute. He formerly served on the Board of Trustees of the Virginia Foundation for Independent Colleges, the Virginia Peninsula Chamber of Commerce, the Virginia Business Council, as the Chairman of the Virginia Institute of Marine Sciences (VIMS) Council, and former President of the Greater Peninsula NOW, Inc. Mr. Phillips remained active in retirement serving on the Peninsula Alliance for Economic Development Board of Directors, the Mariners’ Museum Board of Trustees, Greater Peninsula NOW, Inc. Executive Committee, and as the Commodore of the Seaford Yacht Club. He was an active member of Yorkminster Presbyterian Church. Wife Marian and son W.R. Phillips III preceded him in death. He is survived by his daughter, Dana Phillips Barefoot (Michael); grandchildren, Brett Barefoot, Alexxa Barefoot, W.R. Phillips IV (William); sister, Maureen Carpenter, and close friend, Nancy Kane. His favorite pastime with his family was on his boat “The MarDan.”

Our family would like to give a special thank you to Neisha, Kristin, Cindy, and Vicky, at Dominion Village in Poquoson. The family received friends Tuesday, Sept. 29, 2020, from 6-7:30 p.m. at Hogg Funeral Home. Due to the outbreak of COVID-19, masks were required for entry and social distancing was mandatory. A graveside service conducted by the Rev. Marc Mason was held at 2 p.m. on Wednesday, Sept. 30, 2020, at Sunny Slope Cemetery in West Point, Virginia. In memory of our loved one, contributions may be made to Yorkminster Presbyterian Church, 6218 George Washington Memorial Highway, Yorktown, Va. 23692.

Services were under the direction of Hogg Funeral Home.