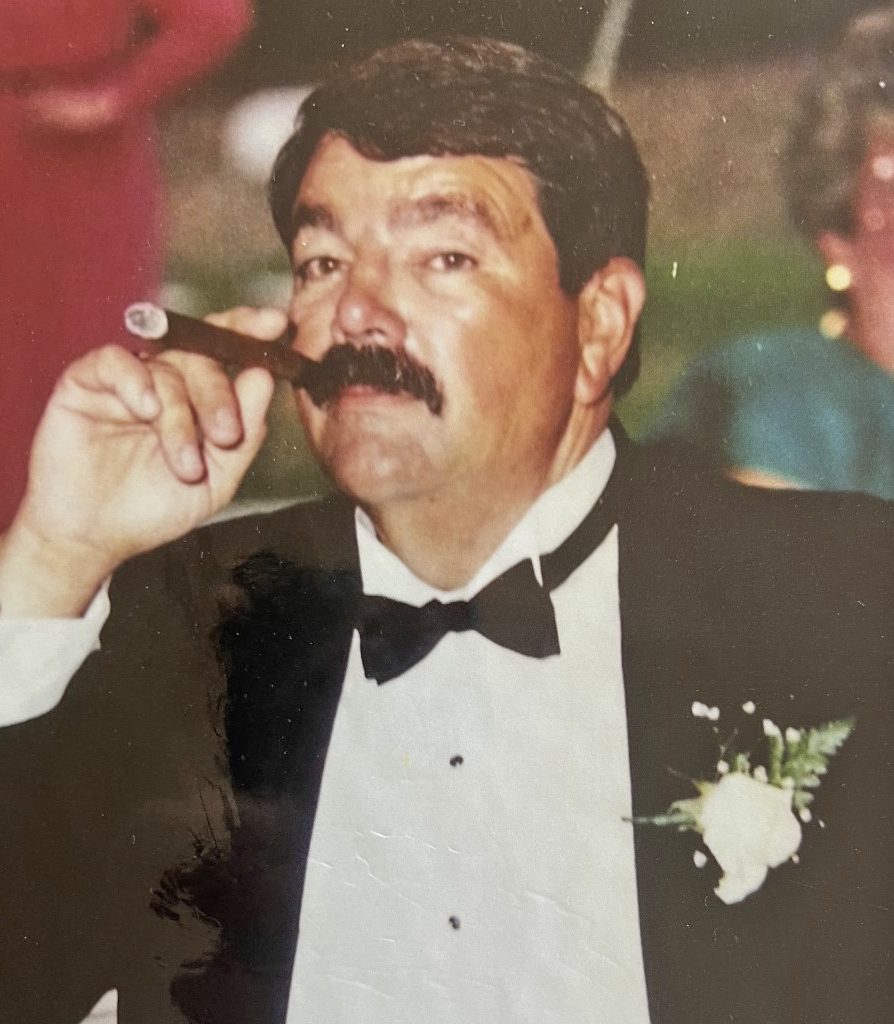 William Paul Cumberland, July 8, 1934-July 15, 2022, lived a vibrant 88 years. He did everything to the fullest—he loved hard, worked hard, and played hard. Of all his many stages, phases, careers, experiences, passions, and hobbies, he was most proud of his relationship with his wife and his children and grandchildren. Bill adored and cherished the late Darlene Geer Cumberland, his wife of 57 years; he also mentored, encouraged, and loved his three daughters and his son: Tracey Cumberland (John O’Toole), William Paul Cumberland Jr. (Jennifer), Kristen Cumberland Shiveley (Wayne), and Courtney Cumberland (David Jones), and did it again with his 10 grandchildren, Elizabeth, Christine, Hunter (Haley), William III, Mary Claire, Adam, Grace, Tyler, Eleanor and Lillian, and great-grandson, Hollis William. Bill has also left his beloved partner of five years, Carole Ann White.

He was proud to have been raised in his parents’ hotel, the Lynwood House, in Colonial Beach, Virginia, where his love of the water, boats, horses, and cooking was formed. He was also honored to serve as a paratrooper in the United States Army, and a Seabee in the United States Navy. Bill loved his country! His service took him around the world with his final deployment in 1961 to Dunoon, Scotland. It was there he helped assemble the first submarine service dry dock in Holy Loch.

Upon leaving the military, he settled in Fairfax with Darlene and began his life as a father and business owner. After years of property management and cutting grass on the side on the weekends, he created Pine Ridge Landscaping in 1979, a local commercial landscaping company, that he would own and operate with his son, Bill Jr., and his son-in-law, Wayne until he retired in 1993 at the age of 60. While in Fairfax for 40 years Bill loved his horses, his dogs, gardening, whittling, hunting, cooking, entertaining and offshore fishing in Cape Hatteras, North Carolina.

He and Darlene went back to the water and built their dream home in Gloucester, Virginia, and lived there for close to 30 years. Bill often referred to Gloucester as “God’s Country.” Immediately becoming immersed in the local culture and life, Bill volunteered at the Mariners’ Museum in Newport News, as well as the Watermen’s Museum in Yorktown. He worked to repair boats as a volunteer at the same time he continued to acquire boats at home on the waters of Wilson Creek in Zanoni. He had an oyster boat built and began Ice House Cove Oysters in his mid-70s. He did this for several years as a family project, raising over 200,000 oysters. His last boat project was restoring a 1969 Navy “Line” tugboat, transforming it into a “cocktail cruiser.”

Bill was revered by all who knew him. His heart, mind, and soul were remarkable. He was a unique individual and truly ONE OF A KIND. We are all so fortunate to have had him in our live—he will be so missed.
Funeral service and celebration was held July 23 at Ware River Yacht Club.
Andrews Funeral Home is in charge of arrangements.