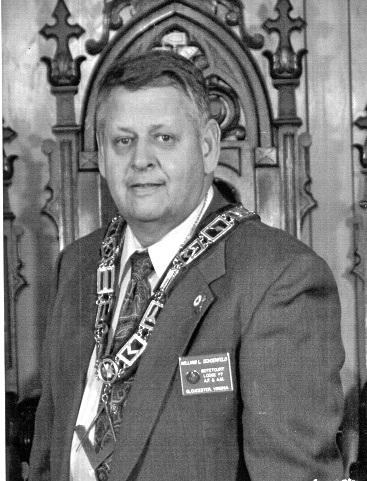 Dutch was a member of the United States Marine Corps and United States Coast Guard and was very proud to have served his country. He had a post military career in human resources and enjoyed the time he spent working as a Veterans’ Specialist at the Virginia Employment Commission. He retired in 2014 and enjoyed having more time for family as well as his involvement with the Botetourt Masonic Lodge #7, for which he was honored to serve twice as the Worshipful Master, and the Mosby’s Rangers N-SSA team.

Bill is survived by his mother, Thelma J. Schoenfeld; his wife of 21 years, Joanne G. Schoenfeld; his daughters, Jennifer Quail and Katherine Ferguson; Joanne’s children, Teresa Bland, David Cunningham Jr., and Amy Cunningham; his grandchildren, Carly, Taylor, Gabby, Sarah, Chelsea, Benjamin, and Adriana, and his great-grandson, Fox. He was preceded in death by his father, Bruce B. Schoenfeld, and his grandparents, Anna and Larry Russo.

A graveside service will be held on Saturday, July 11, 2020, at 10 a.m. at Ware Church Cemetery. A Celebration of Life will be held at a later date.