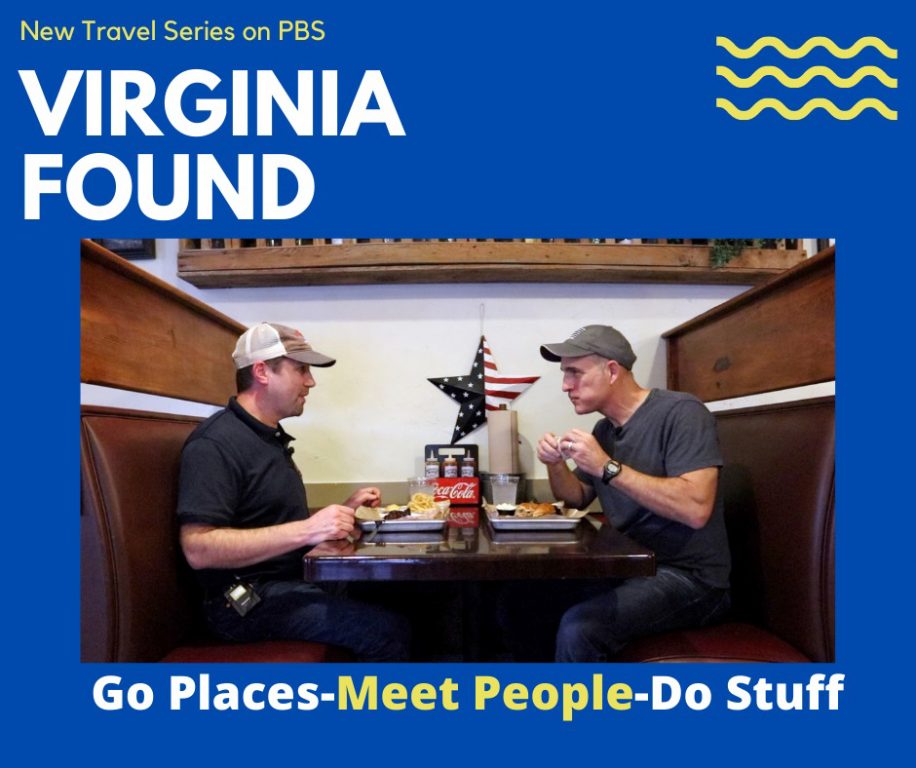 Gloucester will be featured in the first episode of “Virginia FOUND,” a new PBS travel series. Pictured above is show host Dave Parker (right) sharing a meal with Gary Ward, owner of Scoot’s BBQ, at the Gloucester Point restaurant.

“Virginia FOUND,” a new PBS travel series, will feature Gloucester and Yorktown in its first season. The episode will air at 8:30 p.m. Friday on WHRO-TV, PBS Channel 15.

Throughout the series, Parker explores history, culture and local cuisine in familiar and off-the-beaten-path places. A native Virginian, Parker brings his quick wit and knack for finding the people who help to tell an area’s story, uncovering gems of small towns and the original tastes along Virginia’s Chesapeake Bay region, a release stated.

Parker is a familiar face and voice in Hampton Roads, having been in television, radio an...