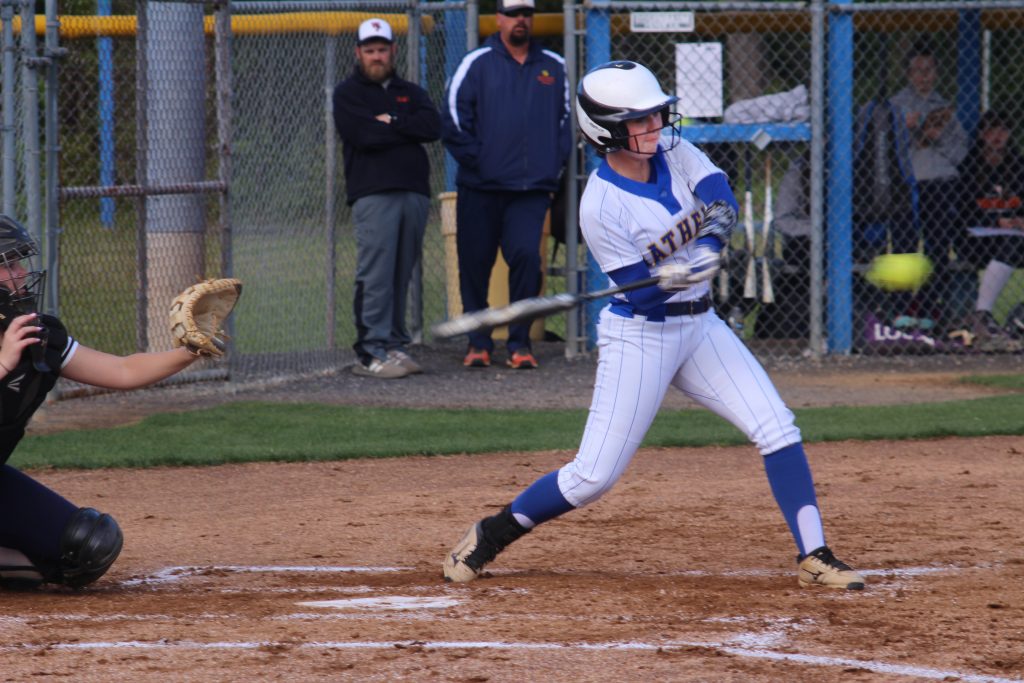 MHS senior Olivia Coons takes a cut at the ball during Tuesday’s 10-0 victory over West Point.

Tuesday’s game began by recognizing the seniors on the MHS squad—Emmillie Smith, Olivia Coons, Joice Small and Emily West. West started on the mound for Mathews, giving up only three hits while striking out five in four innings. Morgan Crittenden came on in relief to earn the save.

Mathews batters, meanwhile, racked up 12 hits, led by Chelsea Armistead’s 3-for-3 performance at the plate, including two doubles. Christiana Wood had two doubles and Small had a single and double. Aly Jackson picked up a double and Crittenden, Reese Brock, West and Coons also added hits. Defensively, the Devils played error-free ball.

The Devils travel to Middlesex on Friday for a JV/varsity doubleheader, beginning at 4 p.m. with the JV contest.
...