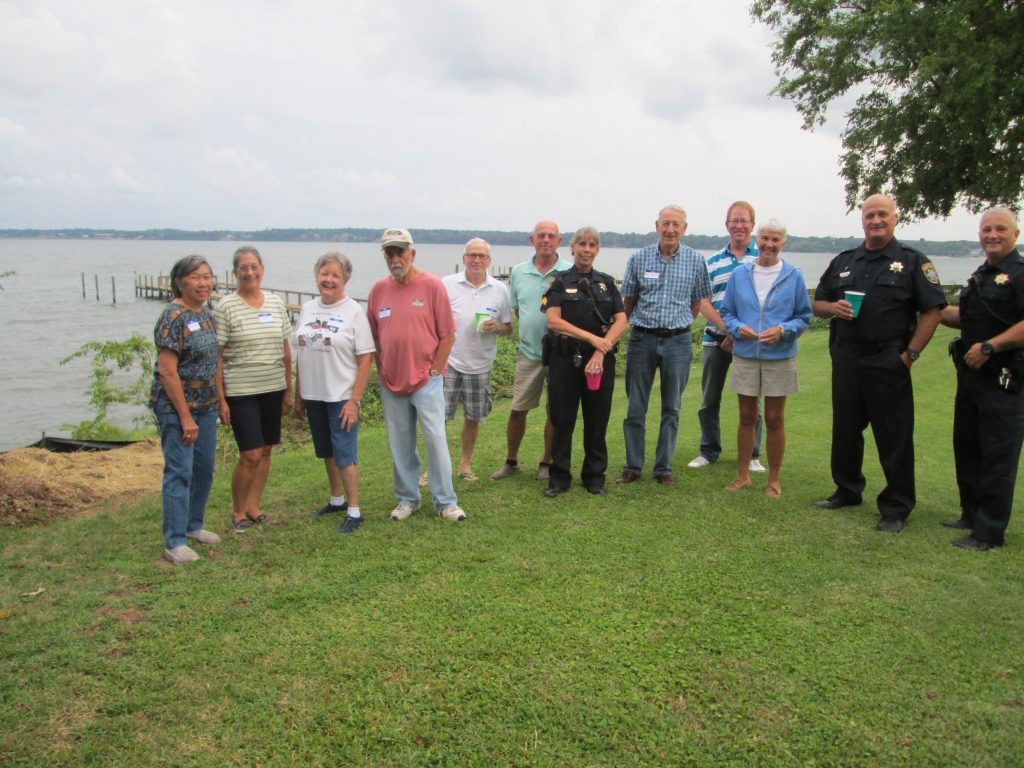 Gloucester Point’s Waterview neighborhood gathered for its annual celebration of National Neighborhood Night Out on Tuesday, Aug. 3 at its Lafayette Park by the York River.

Greg and Lynne Barnes organized the get-together and arranged to meet at their home in case of rain. In spite of stormy weather reports, the skies were clear from 7-8:30 p.m. and a cool breeze added to a perfect Night Out event, attended by over 30 neighbors, according to a release.

The clear skies were welcomed, along with cool drinks and varieties of desserts that neighbors brought to share. The Gloucester County Sheriff’s Office was well-represented by Sheriff Darren Warren, as well as Bill Adams, Jeff Bailey, P.J. Graham and Jo Hughes, who were helpful in answering concerns about the latest scams, home security devices, and information on the new marijuana laws.