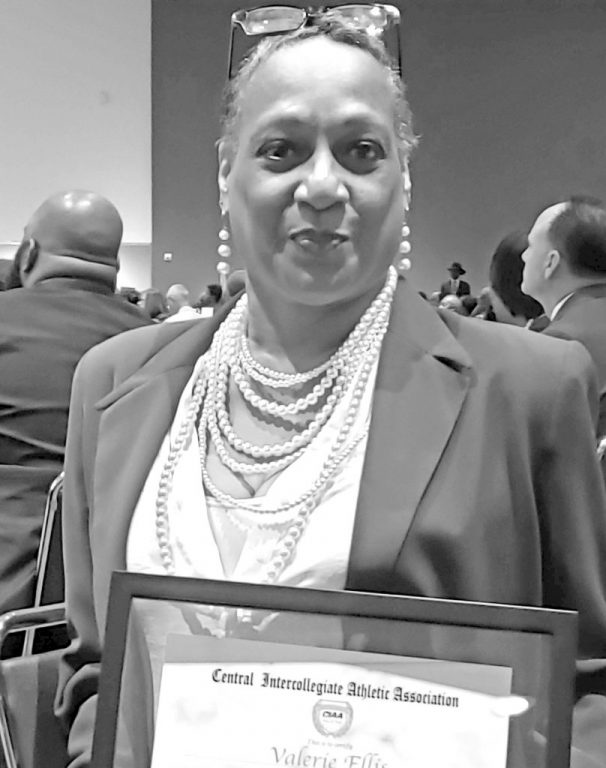 Valerie graduated from Gloucester High School and received a full athletic scholarship to Vanderbilt University. She later attended Virginia Union University where she was a member of the 1983 CIAA Women’s Championship team. She completed her degree in Medical Administration in May 2001 at St. Joseph’s College in New York. She worked for several years at the esteemed Memorial Sloan Kettering Hospital in New York, New York. She later returned to Virginia and worked in various capacities at Virginia Commonwealth University from 2002-2015. She was a member of First Morning Star Baptist Church and Iota Phi Lambda Sorority, Inc., a business organization for African American Women.

She recently moved to Stafford, and became a member of Shiloh Baptist New Site in Fredericksburg. She was a proud inductee into both the Gloucester High School Hall of Fame in 2012 and the CIAA Hall of Fame in 2020.

She was an incredible hostess as she enjoyed cooking, organizing, and catering. She had a love for movies and expressed this love with her extensive movie collection of roughly 2,000 titles. She loved her family and friends, and she had an infectious personality. Her unique sense of humor and unyielding honesty were felt by everyone she encountered. A statuesque beauty, she exuded confidence and style.

She was a devoted mother and will be missed dearly.