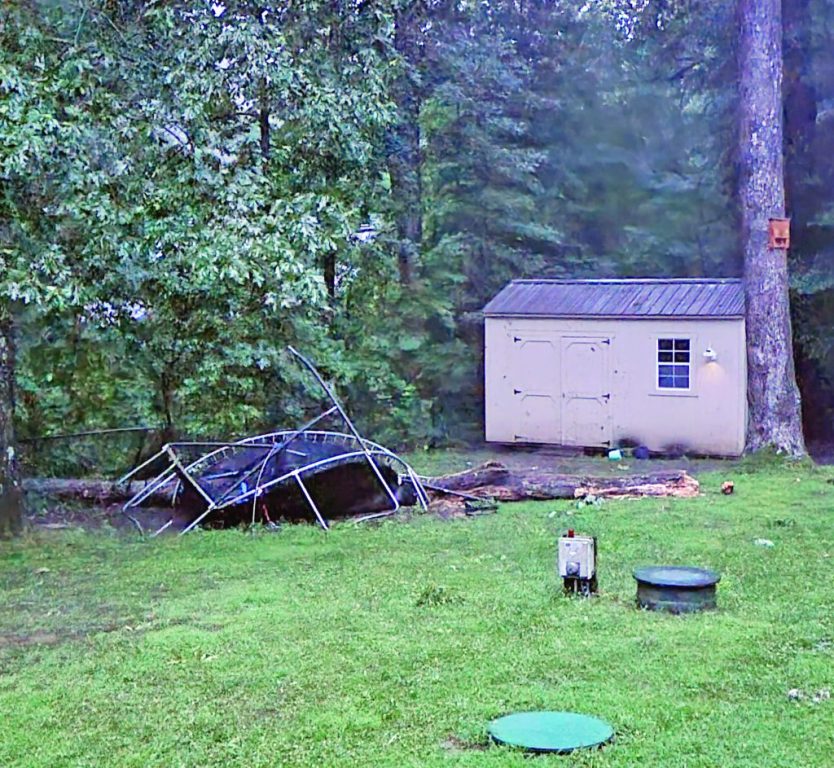 Tropical Storm Elsa caused minor damage in the area as the storm headed up the East Coast last Thursday night, including a tree limb crushing a trampoline in the backyard of a home in the Holly Springs subdivision of Gloucester; the photo was sent in by Wendi Rosado.

The outer bands of the storm reached the area in the afternoon, with the worst hitting Gloucester and Mathews around 8-9 p.m. By midnight, the fast-moving storm had moved up the Atlantic.

In the Gloucester-Mathews area, some 6,000 customers lost power at some point as a result of the storm, according to Paula Miller, senior communications specialist with Dominion Energy. “Downed wires, tree limbs and broken poles were most of the issues from strong winds,” she said.

Overall, Tropical Storm Elsa knocked out power to about 60,000 Dominion Energy customers in parts of Eastern and Central Virginia, Miller said. But, as of 9 a.m. Friday, only 1,334 customers in the Eastern Region remained without power. Among the hardest hit areas were Suffolk, Newpor...