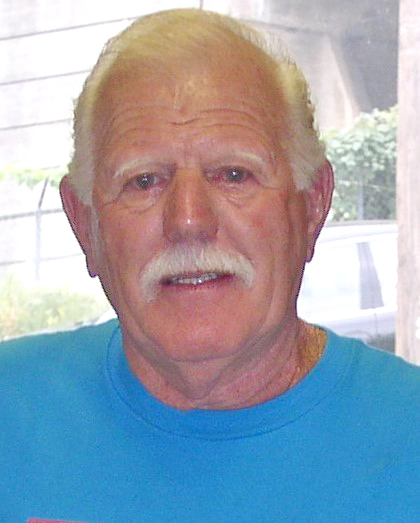 Thomas Charles McBride, 82, of Gloucester, passed away peacefully at home on Feb. 26, 2021. He was born May 10, 1938 to Thomas and Lillian McBride in Harrisburg, Pennsylvania. Thomas moved to Virginia Beach, Virginia, and finally settled in Gloucester County, with his wife of 43 years, Theresa McBride. Some affectionately knew him in the north as “Tuck,” those in the south as “Red,” and others as “Tommy.” Thomas was an ironworker of more than 50 years, a member of the International Association of Ironworkers Local Union 79 of Norfolk, Virginia, and officially retired from Lockwood Brothers, Inc. of Hampton, Virginia, in 2004. He was involved in many projects over the years, such as the wind tunnel at Langley Research Center of NASA, expansion of and other jobs for Anheuser-Busch Brewery in Williamsburg, Dinosaur Exhibit at The Virginia Living Museum, transport of The USS Monitor to The Mariners’ Museum and Park, Thomas Jefferson National Accelerator Facility, the Chesapeake Bay Bridge-Tunnel, private volunteer work for the Gloucester High School Naval Junior Reserve Officer Training Corps, and completion of the Norfolk Scope. His most favorite projects included assembling, disassembling, moving, and repairing more than eight roller coasters at Busch Gardens Theme Parks in Williamsburg and Florida. Thomas was a member of both the Forest Fire and Conservation Company and Goodwill Fire Company in West Fairview, Pennsylvania, and the Abingdon Volunteer Fire and Rescue in Gloucester County. He was passionate about real and model railroading, enjoyed woodworking, metal fabrication, gardening, hunting, and fishing. Thomas is survived by his wife, Theresa; daughter, Lori Griest; son, Alan and wife Betty Cole; grandchildren, Lauren Brooks, Braeden Cole, Alanna Cole, Jasmine Lowery, Mackenzie Griest, and great-grandson, Grayson Griest. The family will receive friends Thursday, March 4, 2021, from 6-7 p.m. at Hogg Funeral Home. Inurnment will be private. In memory of our loved one, contributions may be made to Abingdon Volunteer Fire & Rescue, P.O. Box 9, Bena, Va. 23018.