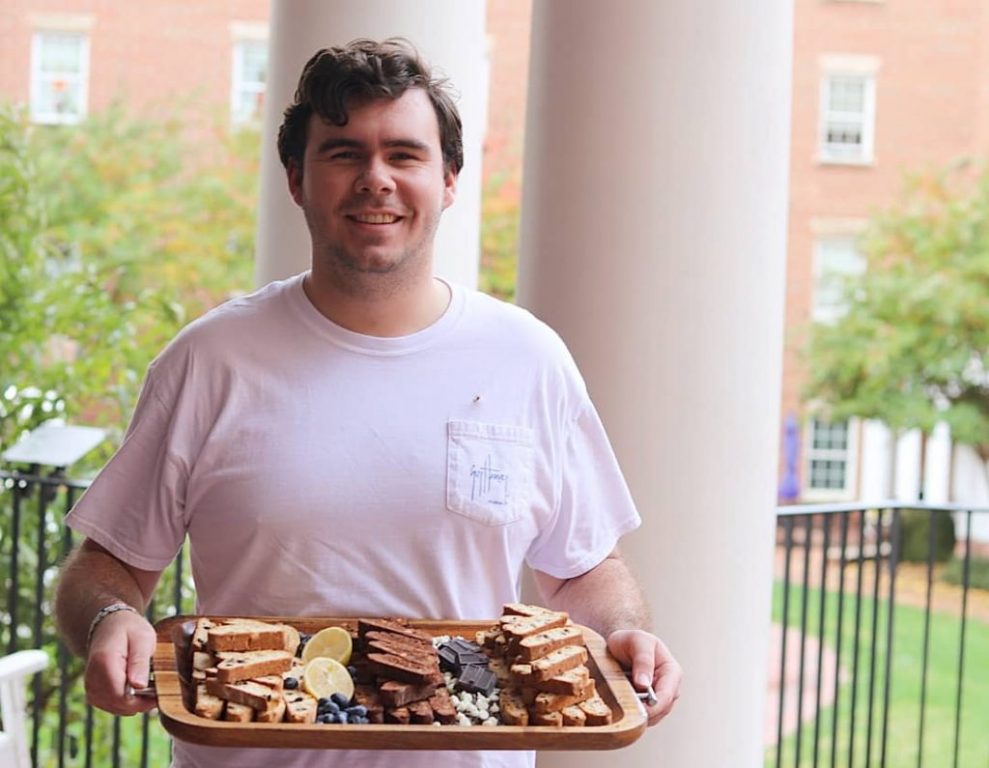 Maggioncalda is using a recipe that was passed down from his grandmother, or “nona,” Francesca Maggioncalda. His nona left Italy in 1957 for the United States, bringing her culture and recipes with her.

“I’ve always been around biscotti,” said Maggioncalda. “My nona was always making it.” The self-proclaimed “nona’s boy” grew up eating her cooking, and, as he got older, he began to learn cooking from her. “For me, the biscotti was a way for me to learn about my nona,” he said.

According to Maggioncalda, the term biscotti means “twice baked” and most biscotti are very hard and require a drink to dip and soften them. However, the Biscotti di Francesca recipe is a bit different from a traditional biscotti. Maggioncalda’s nona developed and used her own dough that she would make on ...