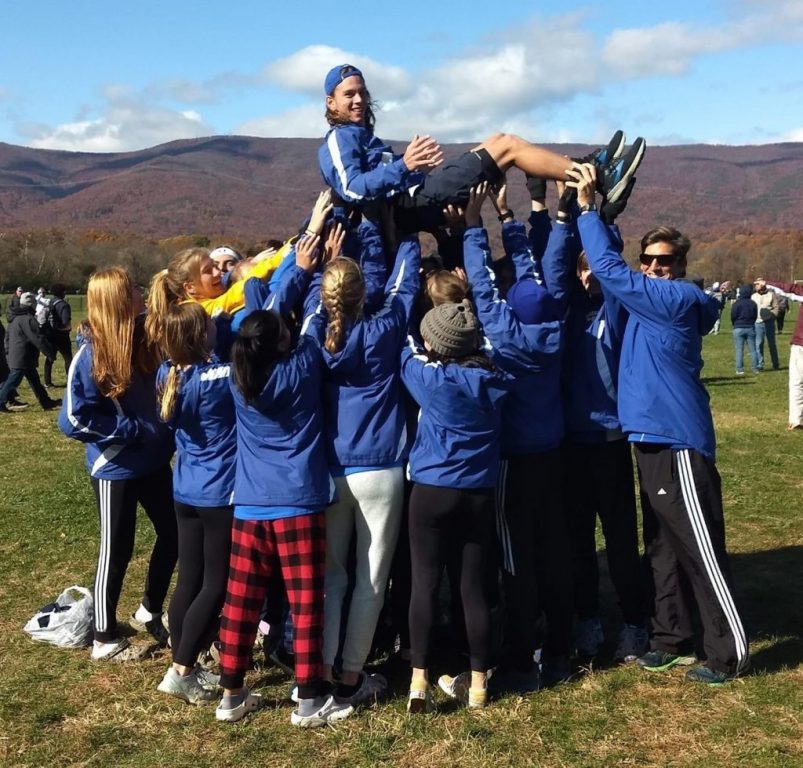 Mathews High School senior cross country runner Cameron Stearns placed first in the Virginia High School League Class 1 State meet on Saturday at Green Hill Park in Salem with a finishing time of 16:40. Pictured above are coach Drew Greve and members of the MHS cross country team lifting Stearns in the air after he won.

Mathews High School cross country runner Cameron Stearns placed first in the Virginia High School League Class 1 State meet this past Saturday at Green Hill Park in Salem. Stearns, a senior, finished the meet with a time of 16:40, winning by a margin of 0.3 of a second.

“He’s a great runner, but he’s an even better role model, and I really appreciate the positive impact he’s made on the team for the past five years” said MHS cross country coach Andrew Greve. “He truly has the heart of a champion.”

MHS runner Seth James also had a great race, finishing as the fastest freshman in the state with a time of 18:00.

The boys’ team placed fourth overall, finishing the race with a team score of 116.

For the girls, Adelle Hudgins finished first for Mathews and 19th ov...