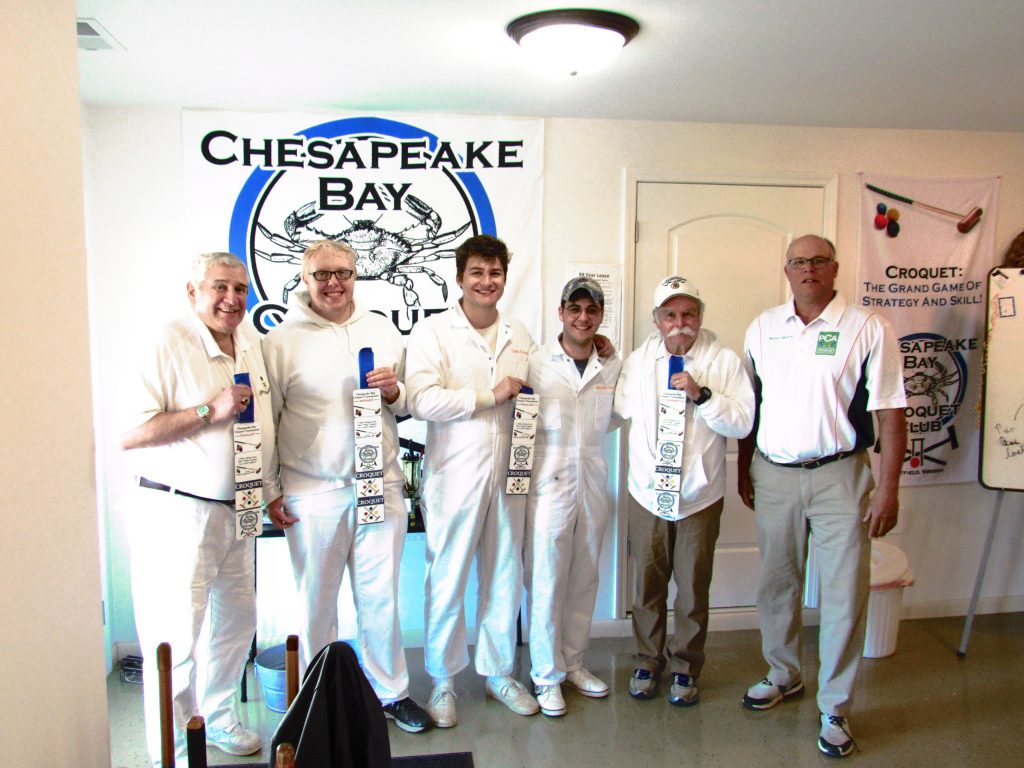 The St. John’s College croquet team came to Hartfield over the weekend to play a challenge match with the Chesapeake Bay Croquet Club. In all, 32 players competed in this challenge match.

The St. John’s team has won several collegiate championships and is famous for playing an annual high-profile match against the U.S. Naval Academy called the Annapolis Cup.

The trip to Hartfield was part of the team’s preparation for the 38th meeting of the Annapolis Cup on April 18, 2020. The Johnnies have a 30-7 record against the Midshipmen and are looking to extend their winning streak to six.

In the challenge match with Chesapeake Bay, both teams played well and finished in an almost dead-even tie. The teams played the more complicated and strategic American 6-Wicket version of croquet on Saturday with the best players of each squad playing in Championship Flight and the less experienced members playing in 1st Flight.

At the end of the day, rising star Tom Balding (Johnnies) won Cham...