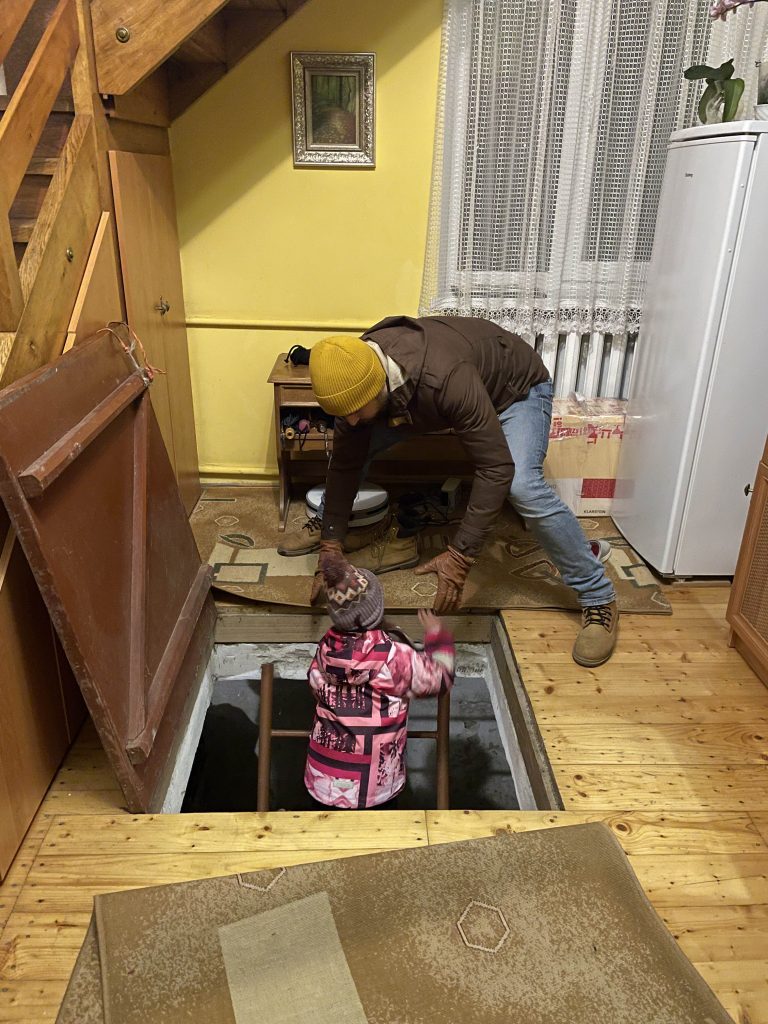 PHOTO COURTESY TARAS PETRIV Ukrainian resident Taras Petriv helps his six-year-old daughter Victoria climb into the basement of his mother-in-law’s home during a recent air raid alert as the war with Russia continues. The Petriv family lives in Lviv, but evacuated to the rural area where Victoria’s grandmother lives and where, in spite of alerts, there have been no actual attacks.

Russia’s invasion of Ukraine last month has caused shockwaves around the world, but perhaps no one was more shocked than Ukrainians themselves. The Gazette-Journal spoke with three Ukrainian residents, two of whom have local connections, during the past week to find out what their lives are like in the midst of war.

Taras Petriv, an international businessman and a resident of Ukraine’s city of Lviv, said on Monday that everyone he knew was horrified when Russia attacked. “No one expected Russia to push the whole army on Ukraine,” he said.

Taras is a cousin of Mike Senyk and his son, Billy, both Hallieford residents. Mike Senyk’s grandfather, an ethnic Ukrainian who came to the U.S. in 1913, is uncle to Taras’s grandmother, and the two men began communicating with each other years ago, when Taras was a child. He said he was learning English in school and wanted to practice, so he wrote a letter to Mike, and a lifelong correspondence began.

“He sent a box of English books—comic...