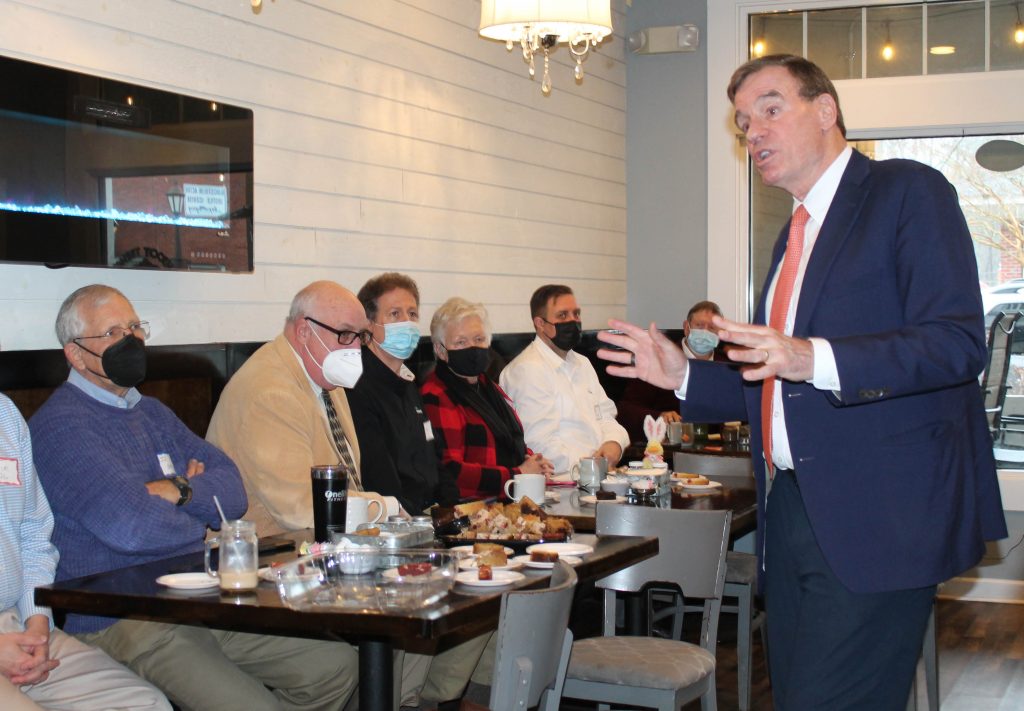 SHERRY HAMILTON / GAZETTE-JOURNAL U.S. Sen. Mark Warner visited the Sweet Tooth Café in Gloucester on Friday, speaking with county officials from Gloucester and Mathews and representatives of Open Broadband LLC about the infrastructure bill he was instrumental in writing. Much of the conversation centered on broadband, although the senator also addressed the war in Ukraine.

U.S. Sen. Mark Warner paid a visit to the Sweet Tooth Café and Bakery in Gloucester on Friday to participate in a roundtable discussion about the impact of the infrastructure bill with local leaders.

While much of the talk centered on broadband, Warner also spent some time discussing the Russian attack on Ukraine, characterizing the war as “maybe the most dangerous moment in our history since World War II.”

But Warner also said that there’s some good news about the war.

“Our intelligence has been absolutely … spot-on,” he said. “They have just nailed it, and we have pushed the Russians off-stride a little bit.”

The U.S. has taken away any claim Russian President Vladimir Putin may have had that the war was instigated by the Ukrainians, said Warner, adding, “There was push after push.”

“But it didn’t stop them,” he said, describing Putin as obsessed with bringing Ukraine back into the Russian fold. “He’s thinking about his legacy, and he’s going to ‘damn the torpedoes.’”...