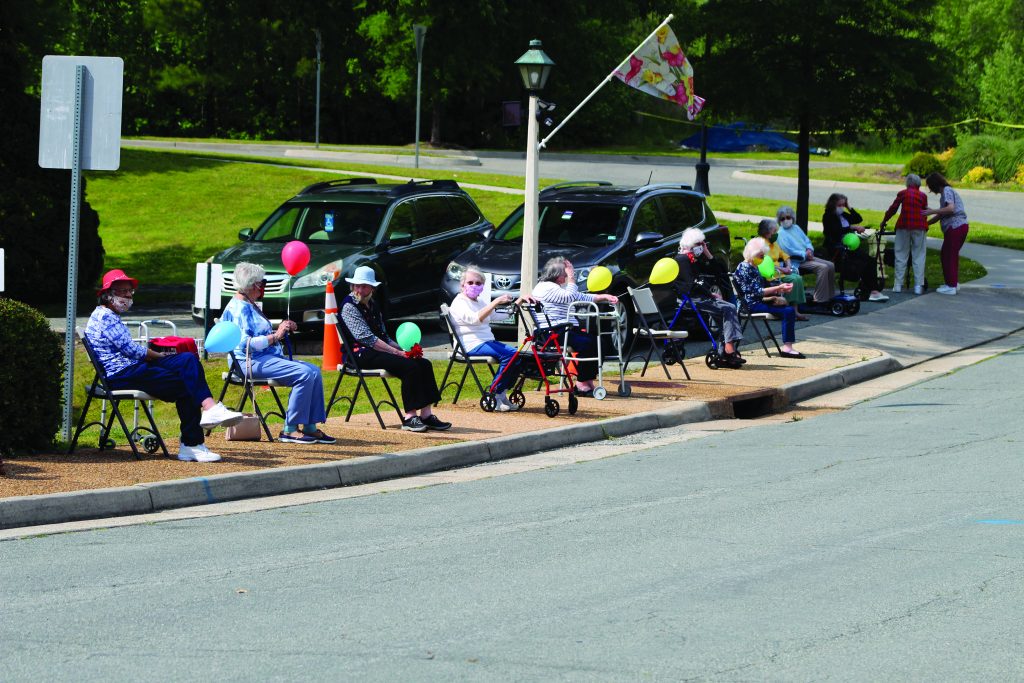 Family members and friends of the residents decorated their cars with signs of encouragement and appreciation to show their love and support to the Sanders community. The Gloucester County Sheriff’s Office and Gloucester Volunteer Fire and Rescue also joined the parade.

Residents sat in chairs outside on the sidewalk with signs they made to show their families and friends how much they love and miss them.

“The parade was an enormous success,” said Barbara Weldon, Marketing Director at Sanders. “Many of the staff stayed after their shifts to help with residents, and when we saw how many were participating and the presence of the police and fire departments, it brought tears to our eyes.

“It’s been so hard since COVID-19,” continued Weldon. “We are all taking on extra tasks and working harder just to care for all of the residents. Seeing the outpouring of love and gratitude was overwhelming. The support we have received from the Gloucester community has been a huge reminder of why we do what we do and how incredible it is to live here.”

According to Weldon, there were two officers from the Gloucester County Sheriff’s Office in patrol cars, 27 cars with a total of 73 participants, one group of preschool children, one bicycler and five Gloucester Fire and Rescue vehicles present for the parade.

The parade began at the entrance of Walker Avenue and ended through the exit at Heron Cove Way. Parade participants then exited the community onto Main Street.

The participants were allowed to reenter the community after the parade ended to visit their loved ones at their windows.