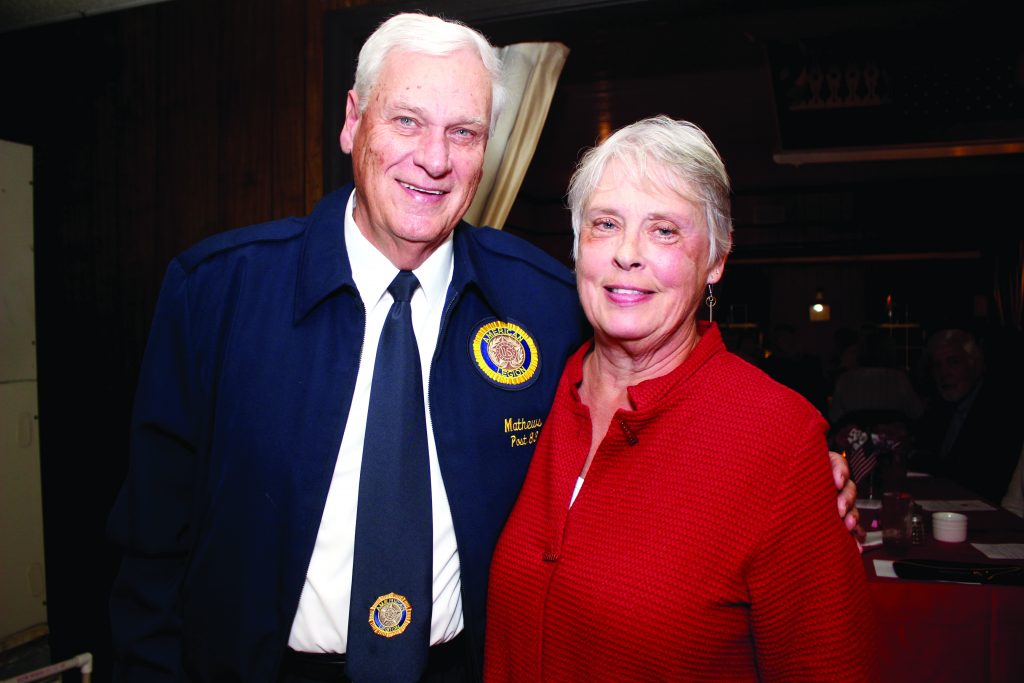 Ron and Debbie Lambert will be grand marshals for this year’s Mathews Christmas Parade, which will be held on Saturday, Dec. 11.

Preparations are underway for this year’s Mathews Christmas Parade, which will be held on Saturday, Dec. 11, presented by the Mathews Visitor and Information Center.

The parade starts at 1 p.m. at Thomas Hunter Middle School and ends at the former Bank of America building. Immediately after the parade, Santa Claus will visit with children at the Mathews Visitor and Information Center until 5 o’clock.

This year’s theme is “A Community Christmas” and will be a celebration of the community coming back together after a difficult couple of years. “The parade will also honor all of the wonderful people who serve our community throughout the year,” Lynda Smith Greve said.

In keeping with the theme, grand marshals for this year’s parade will be Ron and Debbie Lambert, who have been active in the community ever since moving to their home on the North River in 2001. The couple formerly resided in Chesterfield County.

Ron grew up in Illinois, near St. Louis, Missouri. He served three...