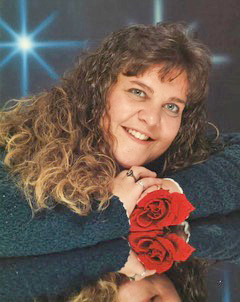 Robin Michele Benoit, age 47, of Mathews, Virginia, passed away unexpectedly in her home on Oct. 1, 2020. She is survived by her children, Timothy Benoit (Ashley), Madysen Benoit, and Logan Smith; parents, George and Gail Benoit; siblings, Scott Benoit (Jean) and Lisa Benoit, and numerous family members and friends. Also, she was preceded in death by her brother, Gary Benoit.

Robin was born on Sept. 10, 1973 in Vernon, Connecticut, and moved to Mathews, with her family in 1988. She graduated from Mathews High School in 1991. A year later she had her first son, Timothy Benoit. In 1993, she became a hair dresser. Then went on to further her education by graduating from Rappahannock Community College in 1996 and Christopher Newport University in 1998 with a bachelor’s degree in accounting. She worked for several years before becoming a stay-at-home mom to be the best mother to her three children.

A private memorial service will be held for her by family. Contributions can be made in her name to the American Cancer Society or Gloucester-Mathews Humane Society.