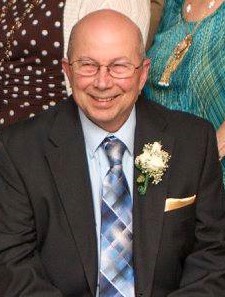 Bob was born in Allentown, Pa., on May 30, 1944. He graduated from Woodrow Wilson High School in Camden, N.J., where he was a star wrestler. He joined the U.S. Navy following high school and served on the USS Pocono for two years, while also working on the side as the ship’s radio DJ.

Bob worked in Configuration Management on various government contracts at Fort Monmouth, Langley AFB, and NASA. He enjoyed traveling, nature photography, dancing, and making people laugh. He also served as Commander at the Long Branch VFW in N.J. and was elected to the Long Branch, N.J. Board of Education. He spent many years coaching his son’s Little League team and even played the part of DJ “Vince Fontaine” in the Westwood Players’ production of “Grease” for his daughter at Long Branch High School.

Bob is survived by his wife, Barbara; his daughter, Karen Robertson (Chris); his son, Bobby Wiener (Lisa); his granddaughters, Ariana Dragone (Morgan) and Hannah Giovetsis (David); his sisters, Maris DiDio (Jack), Eileen Marcella; sister-in-law, Cindi Wiener, along with many nieces and nephews whom he loved very much.

The family of Robert Wiener wishes to thank the incredible support system of their church family and so many family, friends, and especially the amazing doctors, nurses, and support staff of Riverside’s Palliative Care, Home Health, and Hospice.