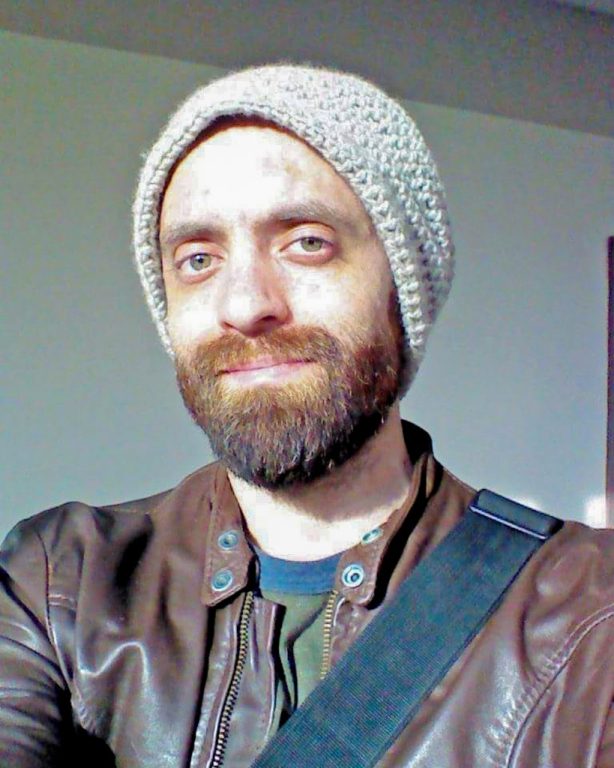 eacefully to eternity on Saturday, Jan. 15, 2022 on Gwynn’s Island, Virginia, due to complications from a neurofibromatosis nerve sheath sarcoma. Rob was born in 1984 in Seneca, South Carolina.

Rob survived spinal meningitis at two weeks of age, at the cost of most of his hearing, and lived with debilitating neurofibromatosis caused nerve pain for his entire adult life. However, he was determined to make an impact beyond those disabilities, with helping people as his focus. His determination led to actions. Having strong technical aptitude, he made hand-wound custom guitar pickups, and worked for a time in data management for his local United Way. His desire to help people led him to be an ambassador for the Strolling of the Heifers charity event in Brattleboro, and to his next career path. Rob hit the books, completed his Licensed Nursing Assistant (LNA) certification and became a valued team member at Thompson House, a rehabilitation and nursing facility in Brattleboro. There, he served as a nursing assistant, medication administrator, and a Lead LNA, eventually joining their office administration team.

Ironically, given his hearing impairment since his childhood, Rob enjoyed listening to, and later playing and composing music, both on guitar and keyboards, in a variety of styles. His dry sense of humor showed through regularly and his caring, calm demeanor and courtesy were evident to all who knew him.

It was Rob’s desire to donate his remains and genetic data to further medical training and research, especially that focused on a cure for neurofibromatosis. Those who wish to remember Rob in a special way are requested to take the time they would spend attending a formal service and act to help someone in need. Please also consider supporting neurofibromatosis research through the Neurofibromatosis Network, www.nfnetwork.org, or another organization of your choosing.

The family would like to express their deep gratitude to Riverside Hospice for their concern, compassion, and the guidance they provided for Rob, and for us.

“For the Scripture says: Whoever believes in Him will not be disappointed.”
—Romans 10:11