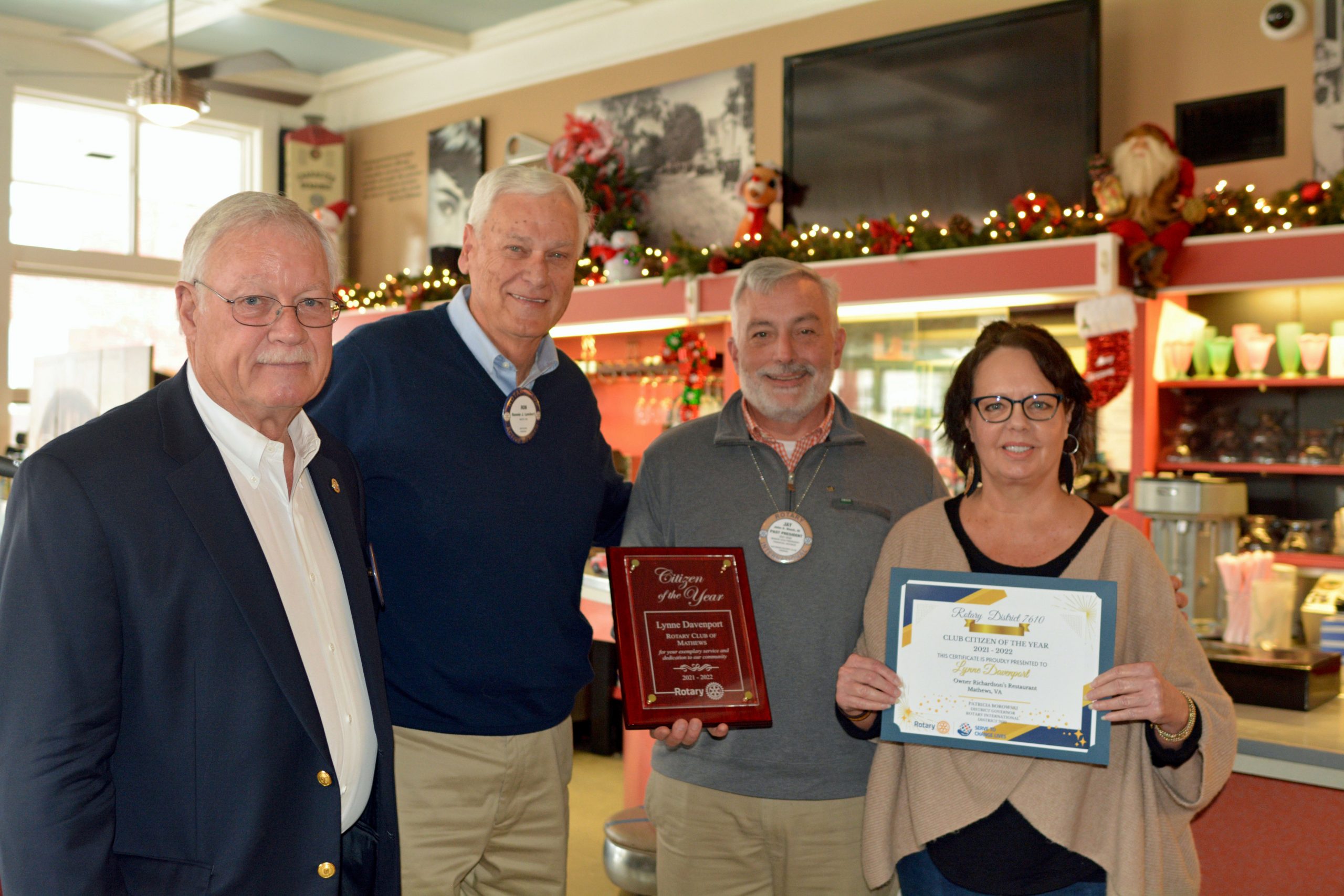 The Mathews Rotary Club has awarded Lynne Davenport, owner of Richardson’s Restaurant in Mathews Court House, with its Mathews Citizen of the Year Award.

Davenport was also nominated for the Rotary District 7610 Citizen of the Year Award, and chosen as the winner from among 54 other Rotary clubs covering such diverse areas in Virginia including Northern Virginia, west to Charlottesville and south to Mathews and Gloucester.

As a restaurant owner, Davenport has hosted numerous community fundraisers and been a major in-kind donor for local organizations which include but are not limited to the Mathews Volunteer Rescue Squad, Mathews Volunteer Fire Department, Mathews County Little League, PATH, American Legion Post 83, and the Rotary Club of Mathews.

“Anytime that there is a tragedy or a need for a fund-raiser for something out of the norm, she steps up and uses her restaurant to host these events,” a club release stated. When asked why she does all of these great things in Math...