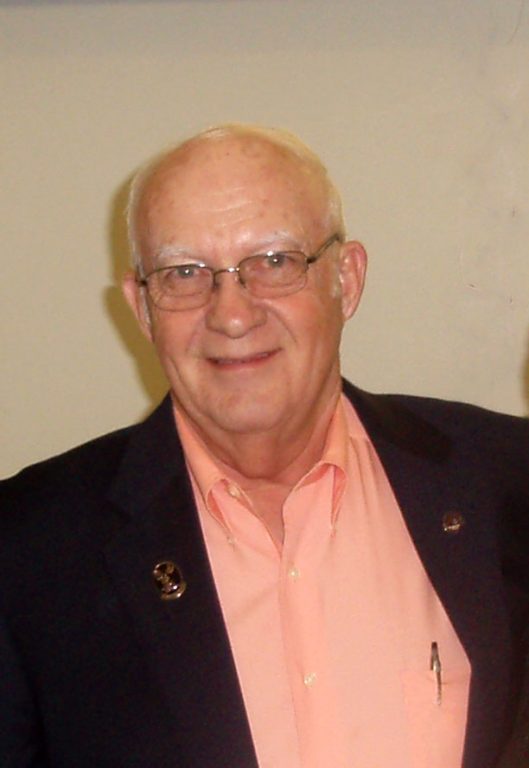 Richard Lee Stewart, 78, of Diggs, Virginia, passed away peacefully the morning of May 22, 2021 with his family by his side. He was a longtime member of Salem United Methodist Church, Diggs, but most recently attended the Church of the Nazarene, Hudgins. Richard Lee was the founder of Stewart’s Tile & Carpet Center in Mathews, which is celebrating its 50th anniversary this year. He was a 54-year Mason of Oriental Lodge #20 A.F. & A.M., Mathews, serving as a Worshipful Master in 1998 and also as a District Deputy Grand Master during the year 2010. He was a longtime member of the Scottish Rite and the Commandry #33 of the Knights Templar, and more recently joined the SCV Lane Armistead Camp #1722, Mathews.

Richard Lee had the keenest sense of humor of anyone you would ever meet. He loved his family tremendously, loved living life to its fullest and loved his Lord and Savior, Jesus Christ. He and Betsy Ann shared many memorable trips together throughout the world and in later years enjoyed those trips with his children, grandchildren and his great-grandchild. He was always eager to get in his Ford truck, go out to eat, travel and drive anywhere that Betsy Ann would agree to go.

He was preceded in death by his parents, Clyde and Rachel Stewart; his brother, John Wade Stewart; a daughter, Janice Lee Mitchem, and a grandson, Jordan Stewart.

The family received friends on Wednesday, May 26, 2021, from 1-2 p.m. at the Church of the Nazarene, Hudgins, with a service at 2 o’clock. Interment followed with Masonic Rites at Christ Church Cemetery, Mathews, Virginia. Please be advised that current state-mandated guidelines applied to all in attendance, including social distancing and appropriate face coverings. Donations in Richard Lee’s memory may be made to the Mathews Volunteer Rescue Squad, 94 Cricket Hill Road, Hudgins, Va. 23076, the Mathews Volunteer Fire Department, P.O. Box 1130, Mathews, Va. 23109, the Church of the Nazarene, P.O. Box 246, Hudgins, Va. 23076 or to the Ford Motor Company, Inc. (just kidding). Faulkner Funeral Homes, Foster-Faulkner Chapel, Mathews, assisted the family.