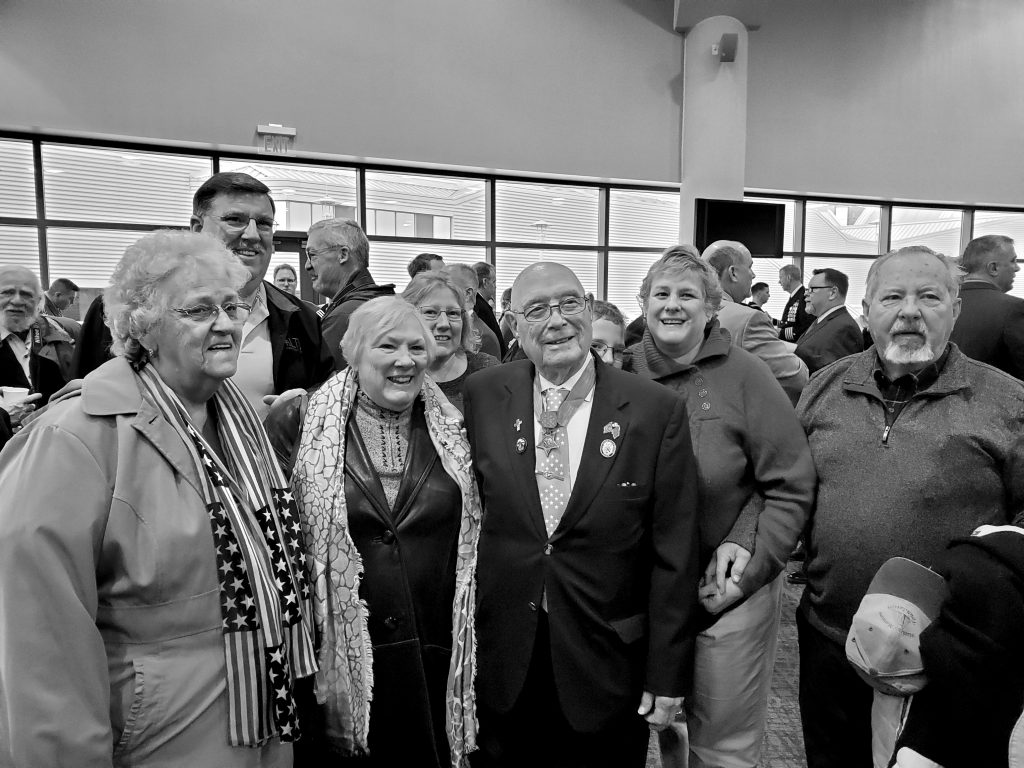 Williams is one of only two Medal of Honor recipients from WWII that are still living, and the only one from the Pacific Theater. He received his medal because of his efforts during the Battle of Iwo Jima.

Lancaster-Loyd became friends with Williams about 30 years ago through her late husband, William Lancaster, whom Williams had trained. Williams drove six hours to speak at her late husband’s funeral. She and family were able to attend the March 7 commissioning and share the moment with each other, as well as with Williams, who was present for the event.