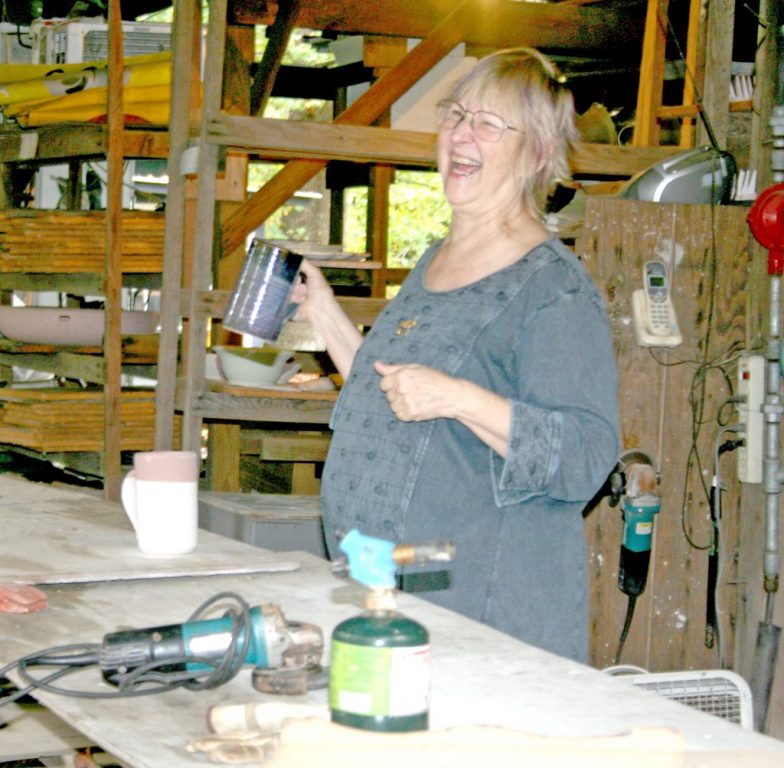 TYLER BASS / GAZETTE-JOURNAL Karen Podd, owner of The Poddery, above, welcomed 19 members of the Tidewater MG Classics Car Club to her studio on Oct. 23. Below, some of the cars trail down The Poddery’s driveway.

The Poddery in Foster hosted the Tidewater MG Classics Car Club on Friday, Oct. 23. Owner Karen Podd said that she was approached in July about hosting the club, and giving them a tour of her workshop.

Around 10:30 a.m. the roar of engines filled the Poddery’s driveway as 11 MG automobiles drove up to the studio carrying 19 members. Bruce Easley leads the club of MG enthusiasts, which is made up of members from Norfolk, Virginia Beach and Yorktown.

Upon arrival, Podd introduced herself and described what she and her potter husband do. “Art teachers never die,” she said as she started the lesson on their stoneware pottery.

Podd said that stoneware is one of the stronger forms of pottery, fired at 2,400 degrees. This allows for her creations to be safe in the microwave, dishwasher and oven, she said.

At this point in her career, Podd said she can produce her pottery with a high level of consistency, with her plates all within quarter of an inch of each other.