People welcome in 2023 with hikes at Machicomoco State Park 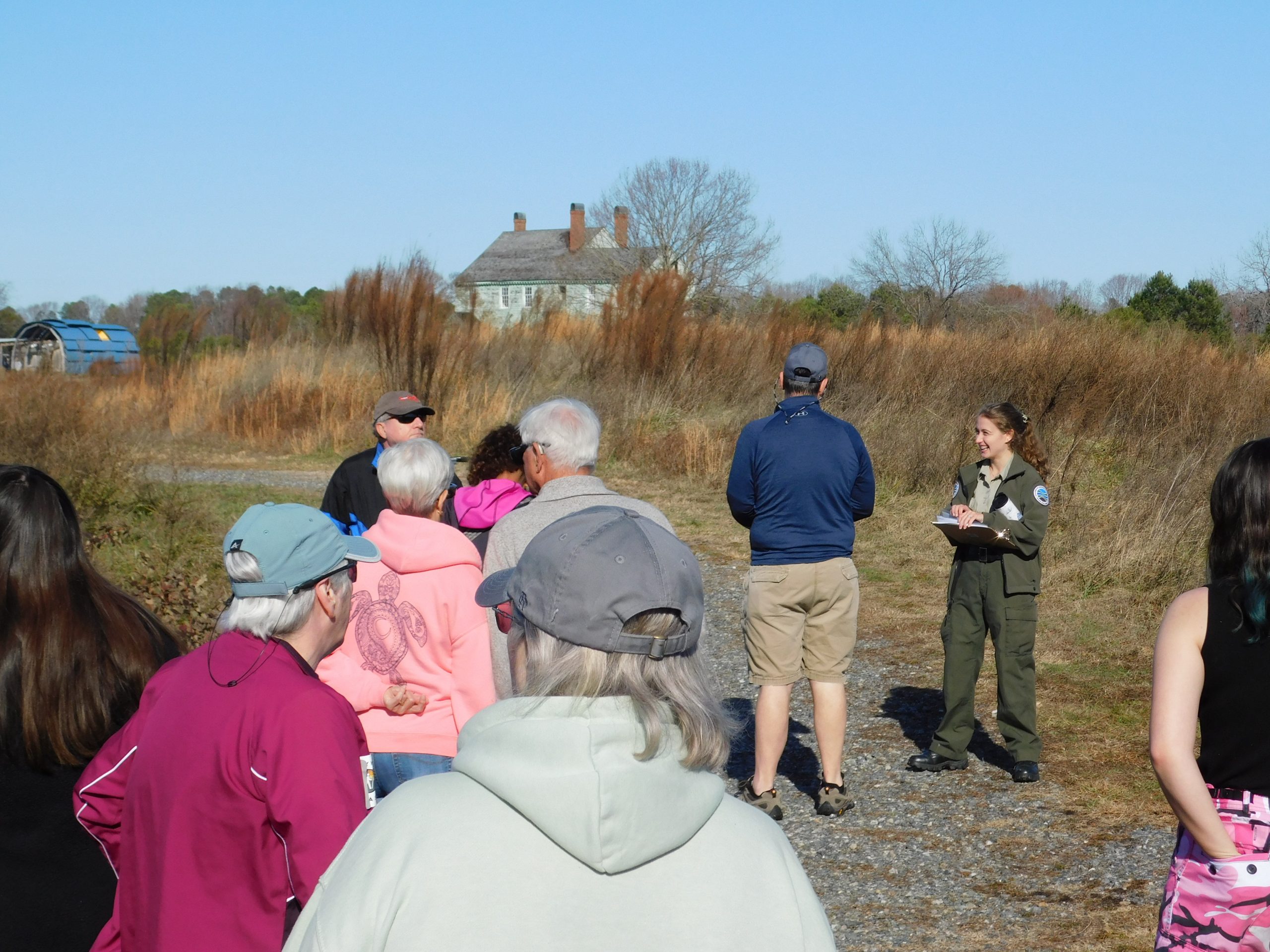 People of all ages, from four weeks old to gray-haired seniors, from locations across Virginia and from close to home, gathered Sunday at Machicomoco State Park in Hayes for its First Day Hikes.

Two hikes were held. The morning hike was led by Park Ranger Courtney Kirberger, who serves as lead interpreter. It took participants through a number of waterfront attractions on the park’s short interpretive trail. Kirberger described Machicomoco as “the first state park dedicated to telling the story of indigenous people.”

While the waterfront at Machicomoco is dominated by the 19th century home Timberneck, now under care and restoration by the Fairfield Foundation, Kirberger’s talk focused mainly on the first inhabitants, the wildlife, and the native species found in the park.

Machicomoco, she said, was designed by a private group wo...